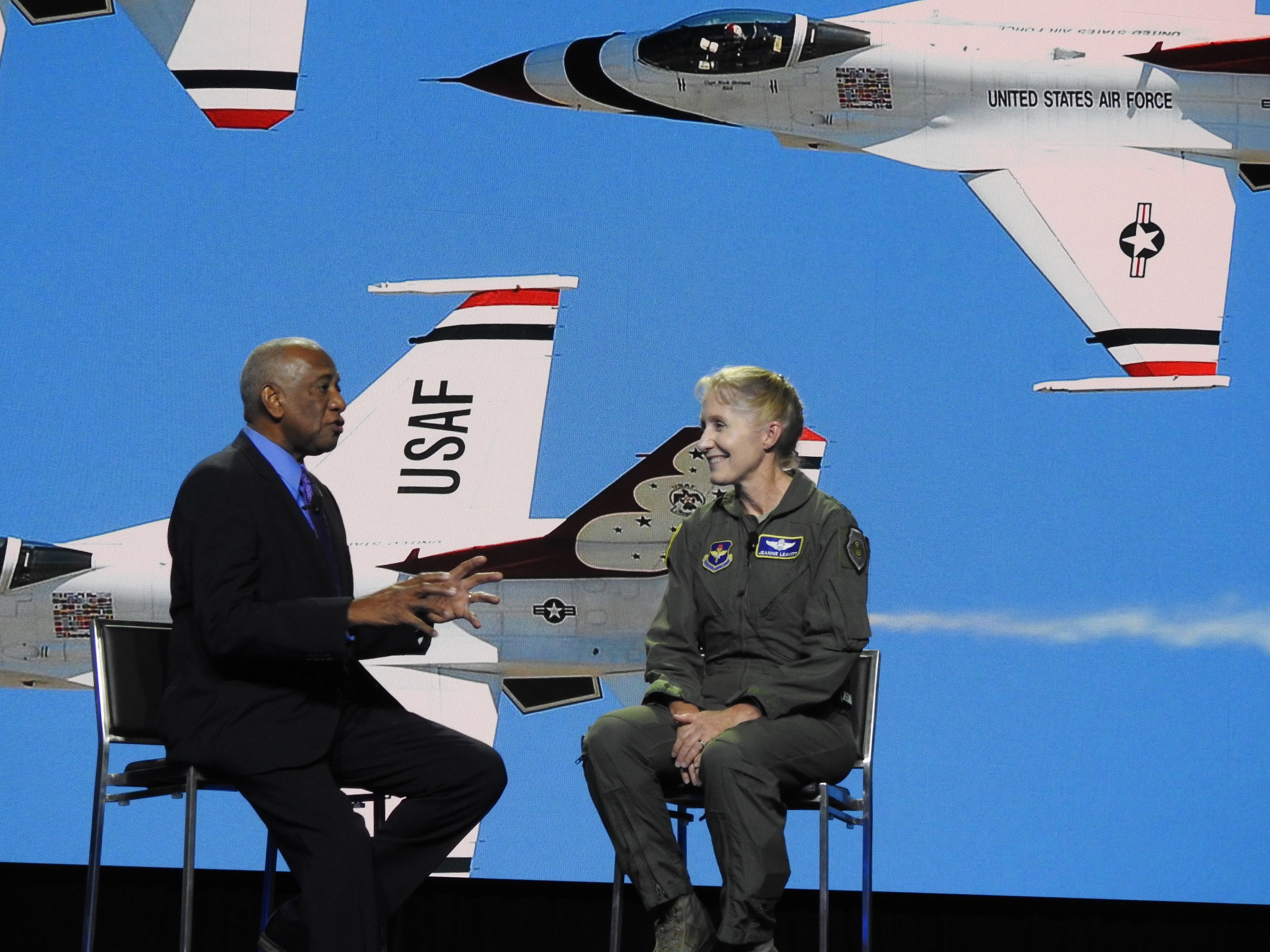 The head of recruitment for the U.S. Air Force says she’s on a mission to improve diversity and boost the ranks of the organization with greater flexibility for those who serve. Maj. Gen. Jeannie Leavitt told an audience at NBAA-BACE 2019 that recruitment services have been put all under one roof so those who want to work for the Air Force, as civilians, in the Reserves or in the regular forces can tailor their service to suit their situation.

She also said there is a special emphasis on recruiting underrepresented segments of society. “We want to look like the country we represent,” she said. “We want more women and minorities as pilots.” Leavitt knows something about that. She was the first female U.S. Air Force fighter pilot and also the first female wing commander. Almost all her time is on the F-15E Strike Eagle and she was part of the inspiration for the starring character role in the recent Captain Marvel movie.