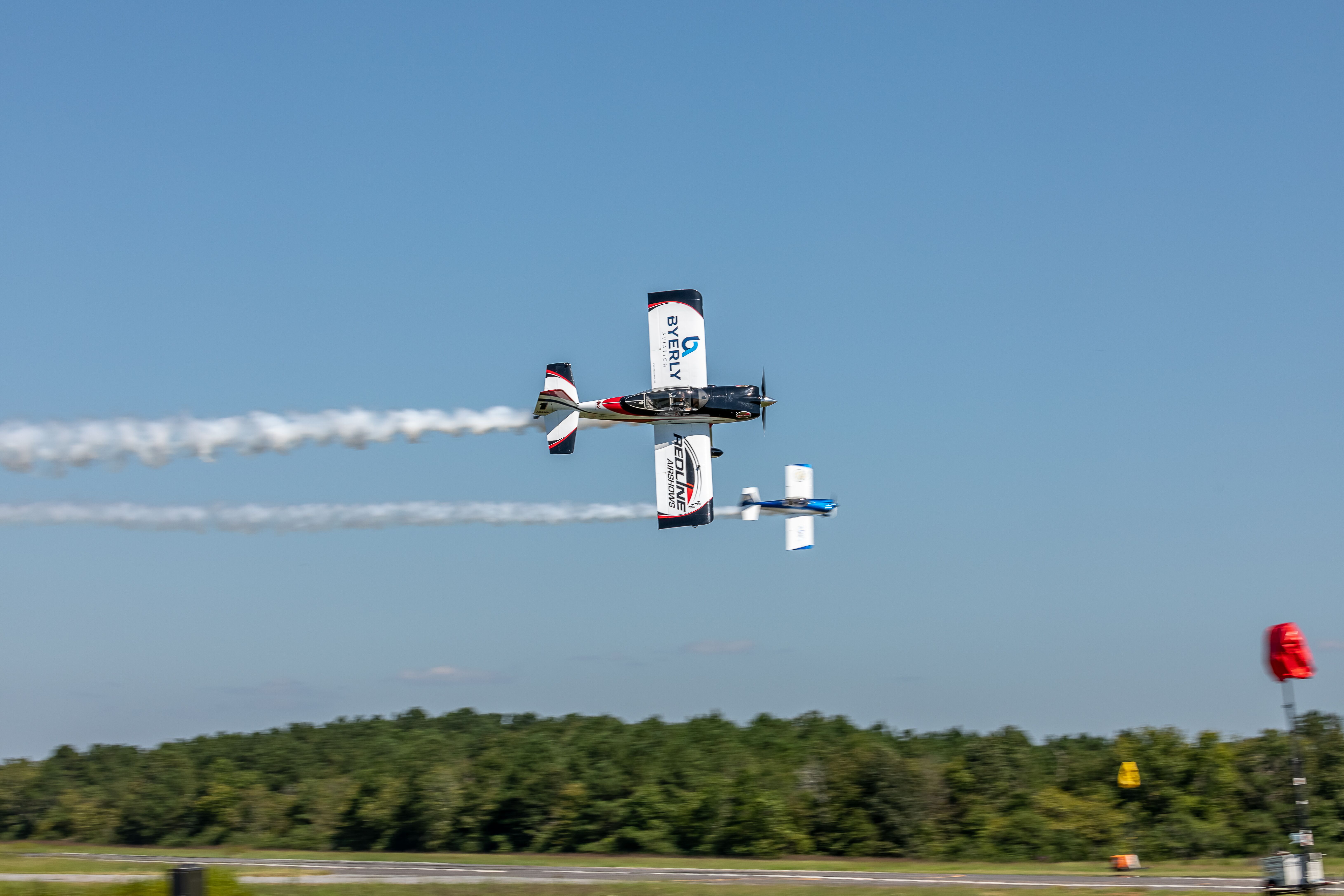 A new air racing series has been green lighted by the FAA and it may be coming to an airshow near you in 2021. The Air Show Racing Series will feature head-to-head racing by two aircraft in 4,000-foot parallel slalom lanes marked by inflatable pylons at airshow center. At the end of each run, the pilots do a half Cuban for another pass and then reverse course again for the race to the finish at about 75 feet AGL. “The Air Show Racing Series is a huge step forward for the airshow business,” says John Cudahy, President/CEO of the International Council of Air Shows. “It’s compelling entertainment and an excellent complement to more traditional airshow performances.” The first race will be at Wings Over Atlanta in October of 2020 and the first season will be in 2021 at various airshows around the continent.

The tour could fill a void left by the Red Bull Air Race series, which canceled the remainder of its season in September and will not resume flying. The new series features two classes of aircraft. The Super Sport class will race at speeds up to 160 knots and pilots will maneuver at up to 4.5 Gs. In Extreme Sport, speeds will reach 200 knots and pilots will pull up to 8 Gs. There will be eight aircraft in each class and they’ll fly elimination heats in an “airshow within an airshow” according to proponents. Over the year, pilots will accumulate points and a champion will be named at the end of the season.