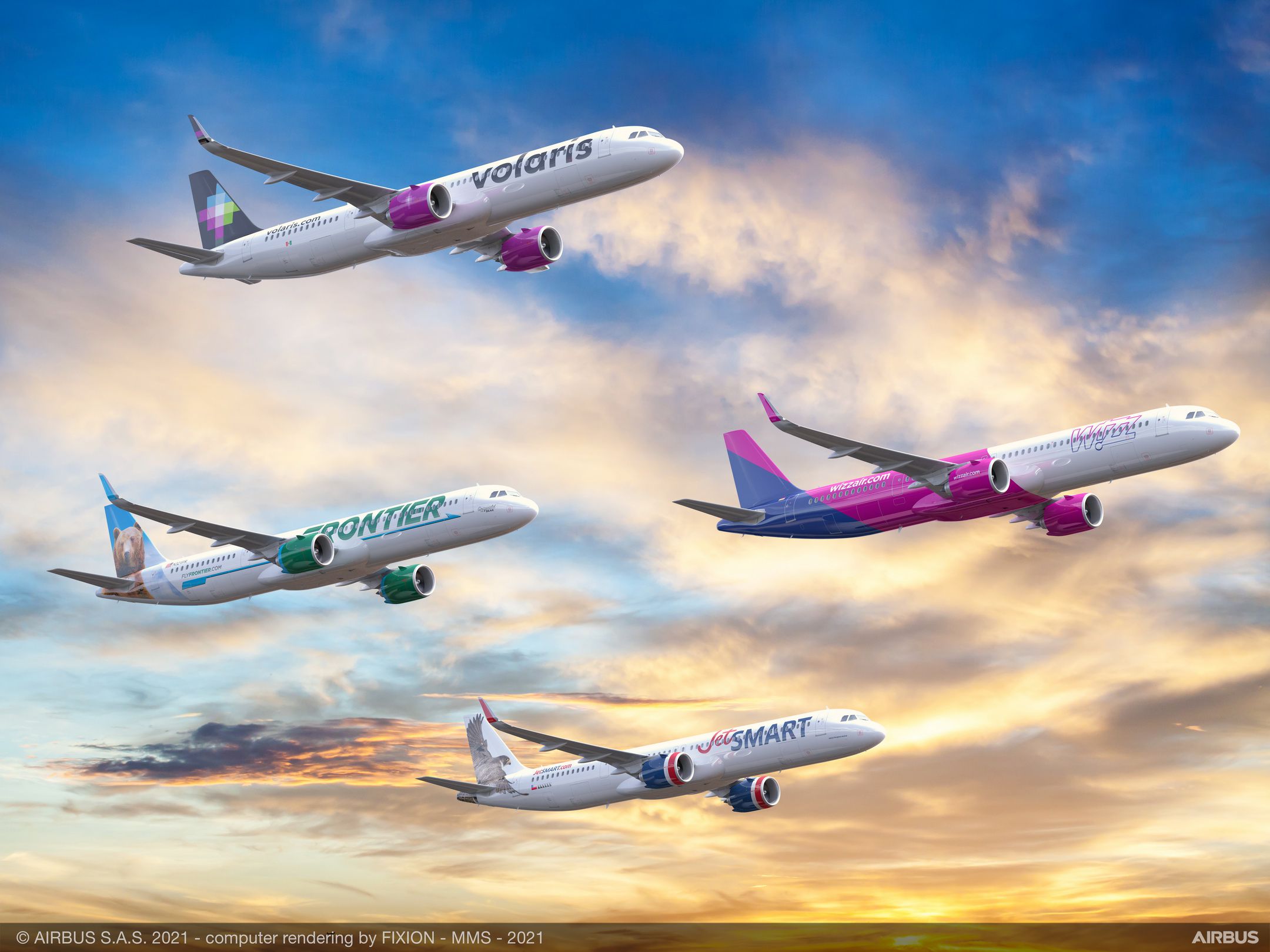 There are seemingly shortages of everything these days and Airbus says it’s now effectively sold out of A321neo airliners. U.S. private equity fund Indigo Partners placed an order for 255 of the aircraft on the opening day of the Dubai Airshow on Sunday. At the announcement, Airbus CCO and head of international sales Christian Scherer was asked if the order meant the model was sold out. “The short answer is yes. But we are very flexible with our customers,” he said.

Indigo operates four ultra-low-cost carriers including U.S.-based Frontier, Wizz Air in Hungary, Chile’s JetSMART and Volaris in Mexico. Frontier will get 91 of the aircraft but not right away. The A320neo is enormously popular and most manufacturing slots are taken for the next three years. The Indigo airlines will get a few aircraft in the next few years but most won’t be delivered until after 2025. Frontier CEO Barry Biffle told Aviation Week the fuel-sipping neos will make Frontier one of the greenest airlines in the world. “We are already America’s greenest airline with an existing fleet that is 43% more fuel efficient, on average per seat, than other U.S. carriers. The A321neo is expected to deliver nearly 120 ASMs per gallon, further advancing our industry-leading environmental efforts while debunking the myth that being green is an expensive investment only achievable in the future,” he said.