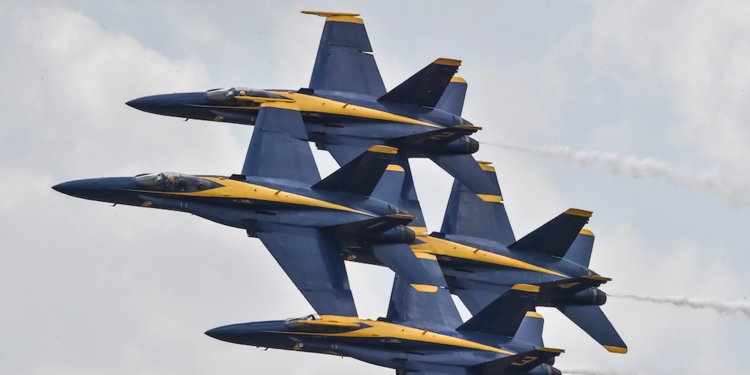 The show went on in Chicago this weekend after two Blue Angels F-18s touched during a close formation maneuver during practice last Wednesday at their home base in Pensacola, Florida. “The No. 3 canopy made momentary contact with the underside of No. 1’s outer wing during the Diamond 360 maneuver,” Navy spokeswoman Lt. Michelle Tucker said. The No. 1 plane is flown by Capt. Eric Boyle, the Blue Angels’ CO. Lt. James Cox is in the No. 3 airplane. Neither was hurt and the only damage was a small scratch on the No. 3 aircraft’s canopy.

After the mishap, Boyle called a safety stand down and the team debriefed the incident. After the meeting, Boyle announced they would keep their appointment at the Chicago Air and Water Show. He and Cox were both set to fly but they used reserve aircraft instead of those that traded paint. The Diamond 360 uses four aircraft flying a circle in wingtip-to-canopy formation.