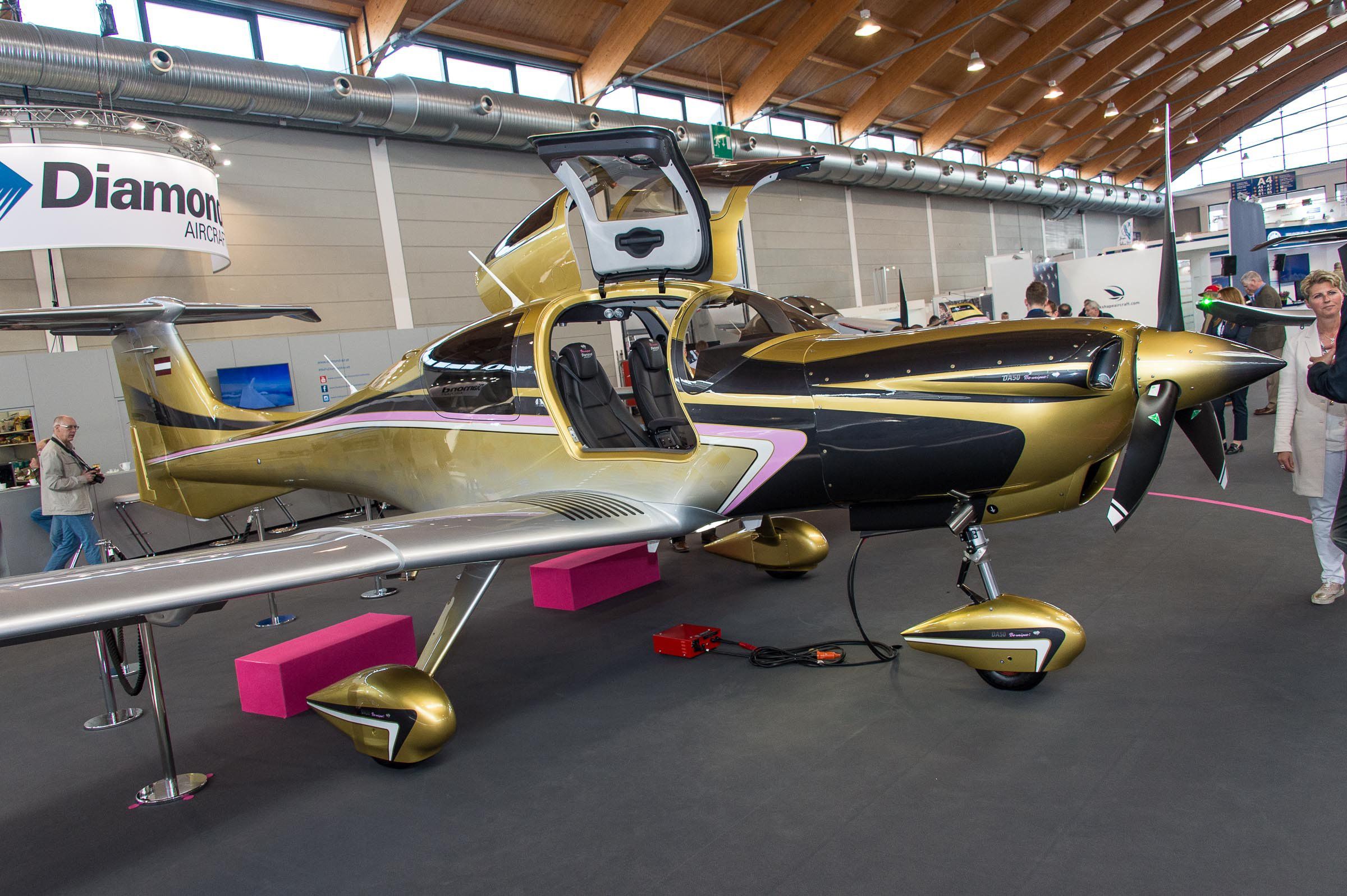 I’ve said this before, but it’s worth repeating: Despite its reputation for stifling regulation, there’s more airframe and powerplant innovation coming out of Europe than from the U.S. If you’re interested in new airplanes, look east, not in your backyard. It’s not unreasonable to say Chinese money is funding at least some of this.

Consider this report from our remote coverage of Aero: “Diamond will produce the four-place DA50-IV and the seven-place DA50-VII with230-, 260- and 360-horsepower Safran/SMA diesels.” There’s more developmental news in that little nugget than from the last three or four Sun ‘n Fun shows combined.

Let’s break down where Diamond is going with this. The DA50 emerged as a proof of concept in 2006 and Diamond CEO Christian Dries said it would be certified in 2010 or 2011. It was a five-seater and could accommodate a range of engines. Never happened. I think Diamond’s capital and interest got sucked into the dark hole of the now idled D-Jet project.

But the large cabin idea morphed into what is now Diamond’s premium diesel twin, the DA62, which despite a price tag north of $1 million, is selling well. The announcement at Aero revisits the single-engine idea with a host of engines that thus far, haven’t even been the bride’s maid, much less the bride. To me, that’s the most interesting part of the news.

The smallest version of the DA50 series, the IV, will use the SR305-230E. This engine has a stunning history of, shall I say, non-acceptance. Its appearance in the market in 1999—yes, 18 years ago—predated the arrival of the Thielert diesels which, to date, remain the most successful Jet A piston engines.

SMA continued to improve the engine and it continued to not find traction in the OEM market. An STC conversion for the Cessna 182 found some buyers, but the company never really promoted it much. Maule offered it in the M9, but that project stalled and more recently, Cessna announced in 2012 that it would offer the SR305 in the Cessna 182 JT-A. But that project stalled, too and now has no definite timeline.

Before it bought the assets of Thielert, Continental purchased a technology transfer agreement with SMA to produce a certified variant of the SR305 of its own. That was in 2010. Seven years later, still no marketable engine, although Continental’s Rhett Ross told us last week during a visit to Mobile that announcements are imminent. Will Diamond have any better luck? Maybe. It’s got more diesel experience—including manufacturing its homegrown Austro engines—than anyone else. I wouldn’t bet against Diamond.

The DA50-IV is intended for the training market and presumably would be a competitor with the Cirrus SR20. Not one to mince words, Dries said at Aero that Diamond has lost sales to Cirrus because its cabins aren’t large enough because Americans are, well, too fat.Diamond also mentioned a 360-HP version of the DA50 and I take that to bethe flat six-cylinder diesel SMA showed off at Aero in 2013. At the time, SMA said it was just getting into test cell work. By the way, while the -IV has fixed gear, the more powerful variants will be retractables. Haven’t seen a new certified piston retrac for quite some time.

As for the Lycoming offering, Diamond CEO Christian Dries said it would be a 375-HP engine. If that potentiates, it will be the most powerful single-engine piston on the market today. I assume this engine will be some variant of the IE2 project Lycoming has been simmering since at least 2010. (No one has ever accused this industry of rushing things to market.) Recall that this is a fully electronic engine, with single-lever control and dual FADEC. Lycoming used the Lancair piston Evolution as the test bed for this engine and as we reported, Tecam picked it for the emerging P2012 Traveler mini airliner. It’s good to see it finally finding OEM interest.

Diamond also announced a turbine version of the DA50, using the Ukrainian Ivchenko-Progress AI-450S. This is a free-turbine design similar to the Pratt & Whitney PT6. So Diamond is going the direction of Piper and Daher in offering a high-performance turboprop single. But it’s not to be a cabin-class airplane, so I have no idea of the market appeal.

As for the piston versions, the market niche is twofold. One is the Cirrus-type buyer who wants performance, but a larger cabin, which the DA50 has. The second is the buyer of a Piper Saratoga or a Beechcraft/Textron G36. In other words, the six-place market. This is not a major segment. In 2016, Textron sold 25 G36s and Piper ended the Saratoga in 2009, although it did move 26 Mirage/Matrix airframes. That’s not quite the same class of airplane, but they are singles.

Could new powerplants and the option of a seventh seat stimulate the market? At least a little? I wouldn’t bet against it. I have a history of being wrong about Christian Dries’ sometimes wacky ideas. When the DA42 appeared at the Berlin Airshow in 2002, I thought the idea of pairing obscure diesel engines with a new airframe was nuts. When I reviewed the airplane, I questioned whether the engines were ready. It turned out they were not, but it got sorted out. The airplane has been and continues to be a good seller for Diamond.

Obviously, these will be expensive airplanes. I’m guessing around the million dollar or a little more mark. I’m further guessing that at this price point, they’ll find buyers in the multiple dozens just as other Diamond products have. If the company makes money at that volume and the untried engines deliver acceptable service, thus is a business plan born. I’m not going to whine about the price because doing so is a pointless playing of a record that broke 20 years ago.

But I will whine about one thing. Who dreamed up those hideous gold paint schemes Diamond showed in its Aero stand? My colleague from the U.K.’s Flyer sent me this photo and it isn’t easy on the eyes.