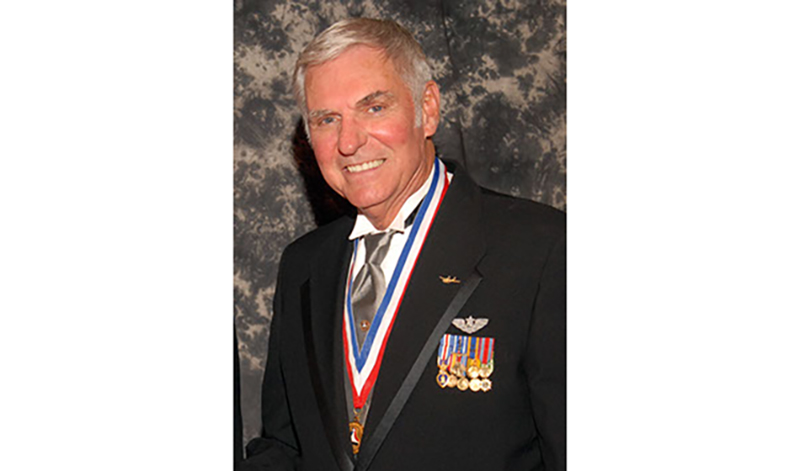 The Aero Club of Southern California (ACSC) has announced that it will present the Howard Hughes Memorial Award to Richard “Dick” Rutan in a virtual ceremony next month. Born in 1938, Rutan joined the U.S. Air Force after high school, going on to fly 325 combat missions in the Vietnam War and earn decorations and medals including the Silver Star, five Distinguished Flying Crosses, 16 Air Medals and the Purple Heart. Following his retirement from the service in 1978 at the rank of Lieutenant Colonel, Rutan went on to pilot the first nonstop, unrefueled flight around the world in 1986 and has set multiple aviation records over the course of his career.

“We are proud to honor Dick Rutan with the prestigious Howard Hughes Memorial Award,” states ACSC President Bill Withycombe. “His remarkable career accomplishments and leadership, coupled with his continued involvement in the aviation community, and generous contributions to the next generation of professionals is the complete embodiment of what this award means.”

The Howard Hughes Memorial Award was established in 1978 and is presented annually to honor “exceptional leaders who have advanced the fields of aviation or aerospace technology.” Past honorees include Chuck Yeager, Bob Hoover, Neil Armstrong, Jimmy Doolittle, Elon Musk, Jim Lovell and “Sully” Sullenberger. The award presentation, which will feature an interview with Rutan, is scheduled to take place on June 17, 2021, at 5:00 p.m. Pacific Time.