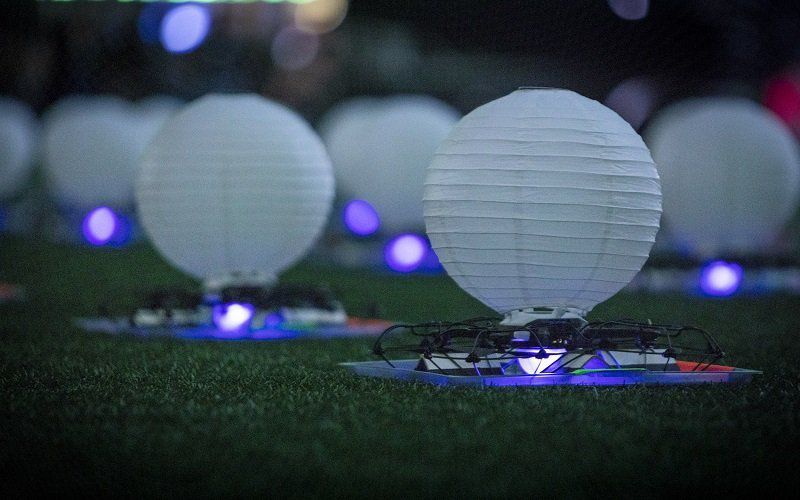 While the actual football game as part of the 53rd Super Bowl might have been less than thrilling even for hardcore Patriots fans, the halftime show got a literal lift from a synchronized drone show during Maroon 5’s “She Will Be Loved.” A total of 150 Intel Shooting Star drones hoisted illuminated lanterns during the song to spell out “ONE” and “LOVE.” According to drone maker Intel, this feat broke its own record for synchronized “drone dancing” at the Consumer Electronics Show this year, when it flew 110 drones in close proximity. No toes were reported stepped on.

Adding to the challenge of coordinating the 150 drones, the Mercedes-Benz stadium in Atlanta is enclosed, meaning the drones could not use GPS for position. Instead, Intel built its own location network, not based on LTE cell service but a proprietary “wireless” system.

Meanwhile, in the days leading up to the big game, the FBI reported that security at the stadium had already confiscated six private drones. The FAA had established a “drone-free zone” for three days before the event, cordoning off airspace 1 NM around and up to 1000 feet AGL from the stadium.