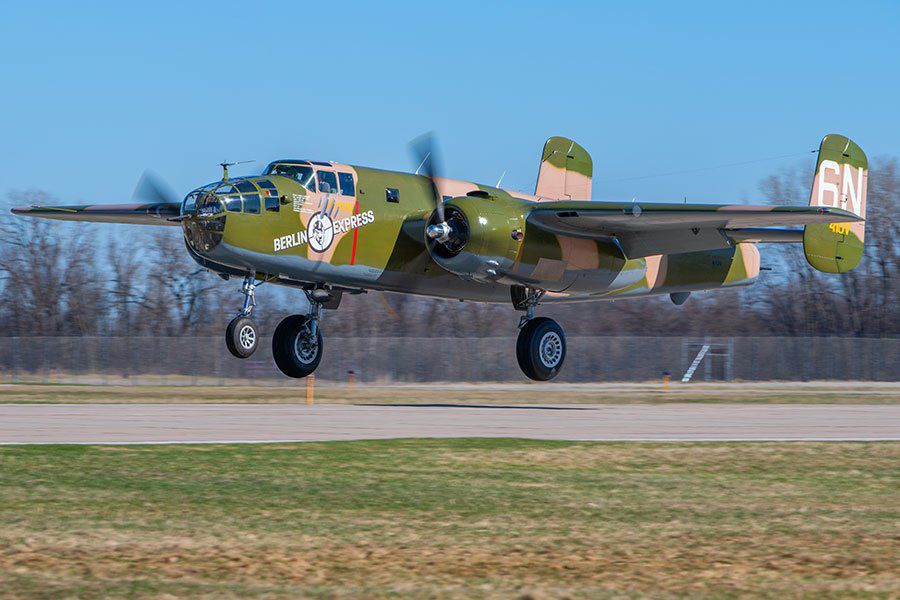 EAA’s historic World War II-era North American B-25H Mitchell bomber, Berlin Express, made its first flight in approximately twenty years last Saturday after a restoration that took thousands of man-hours and nearly four and a half years. The project began with the goal of making primarily cosmetic improvements to the aircraft and evolved into a mission to restore the B-25 to fully airworthy condition. As shown in the video below, the restoration included rebuilding the nose of the aircraft, installing new avionics, adding seating, new paint and fabric work, X-ray and eddy current inspections, and much more.

“There’s no question that flying this airplane, getting it airborne again and sharing it out on the road will inspire thousands of people,” said EAA Vice President of Advocacy and Safety Sean Elliott. “It tells a story that only EAA can tell in this very special way, and you can’t get that from reading a book; you can’t get that from watching a program on television.” EAA will be taking Berlin Express on tour throughout the country as part of its living history outreach program.