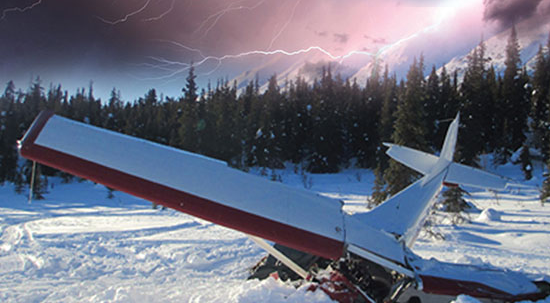 EAA is organizing a competition to help inspire the general aviation community to develop new ideas to reduce loss-of-control accidents, with a top prize of $25,000, Sean Elliott, EAA vice president for advocacy and safety, announced at AirVenture on Tuesday. “The Founder’s Innovation Prize represents the spirit of our founder, Paul Poberezny, a spirit of innovation and setting the highest possible benchmark for safety,” Elliot told AVweb. The competition will continue over the next year, and at AirVenture 2016, five finalists will present their ideas before a panel of judges, “like on ‘Shark Tank,'” Elliot said. The panel will be chaired by Burt Rutan and will include others with expertise in aviation safety and technology. Second prize will be $10,000, and $5,000 goes to the third-place winner.

Competitors are invited to present ideas that would be economically viable and usable in a wide variety of general aviation aircraft. The ideas may involve new technology or new ideas and procedures. The competition is open to EAA members at no cost. Others can compete with a $40 entrance fee, “and we’ll make them members,” Elliott said. He cited Terrain Awareness Warning Systems as an example of technology that improved safety, helping to reduce the incidence of controlled-flight-into-terrain accidents. “We’re trying to inspire some of those some kind of advances to reduce the loss-of-control incidents,” he said.EAA has set a goal to reduce loss of control accidents in experimental-amateur built aircraft by 25 percent over the next five years and 50 percent in the next 10.

The FAA has identified loss of control as the number-one cause of general aviation accidents, with one fatal accident involving LOC occurring every four days on average. More details about the competition and how to enter will be posted on the EAA website soon.

Click here for a podcast interview with Elliott about the prize.