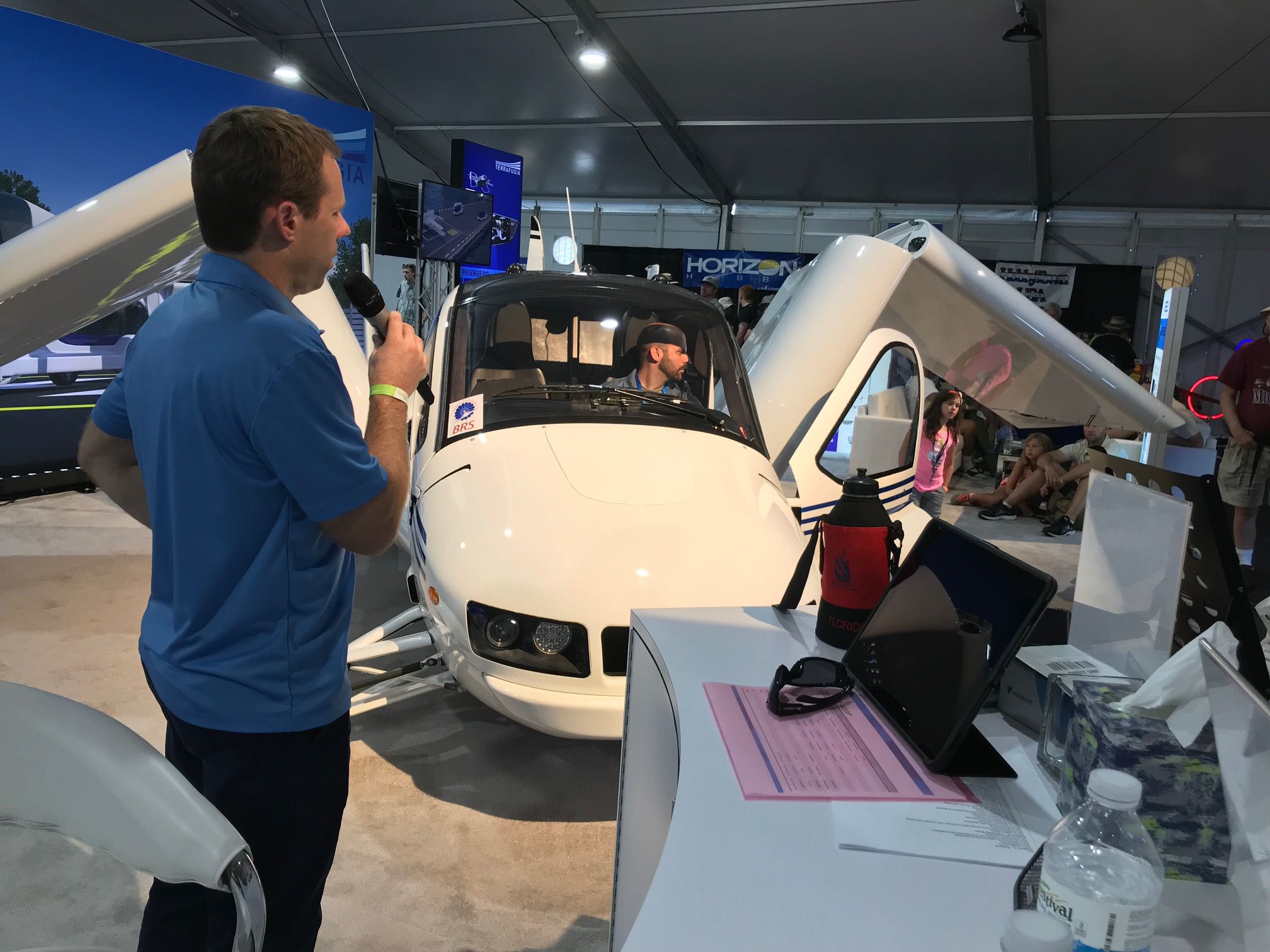 Terrafugia hopes to deliver its first production flying car in July of 2019, company officials told a news conference at AirVenture 2018 Tuesday. The company hasn’t been at the big show for several years but received a major cash injection late last year when it was bought by Chinese automaker Geely, which owns Volvo and Lotus. At AirVenture 2018, VP of Operation Kevin Colburn said details about the production schedule beyond that first delivery are still being worked out but the plan is to get production vehicles in the air and on the ground in numbers after that. With the additional support from the new owners, the vehicle has undergone some much-needed changes that grew out of flights of its test article.

Terrafugia now features a hybrid electric drive system in the road configuration instead of the heavy mechanical power transfer system of the original. It has a stiffer fuselage and will be getting a luxury automotive style interior. The next major technical hurdle is U.S. highway safety crash tests in which prototypes are slammed into barriers to determine crashworthiness. Terrafugia is a light sport aircraft but was given a weight exemption by the FAA to 1,800 pounds, mainly to accommodate the highway safety gear required.