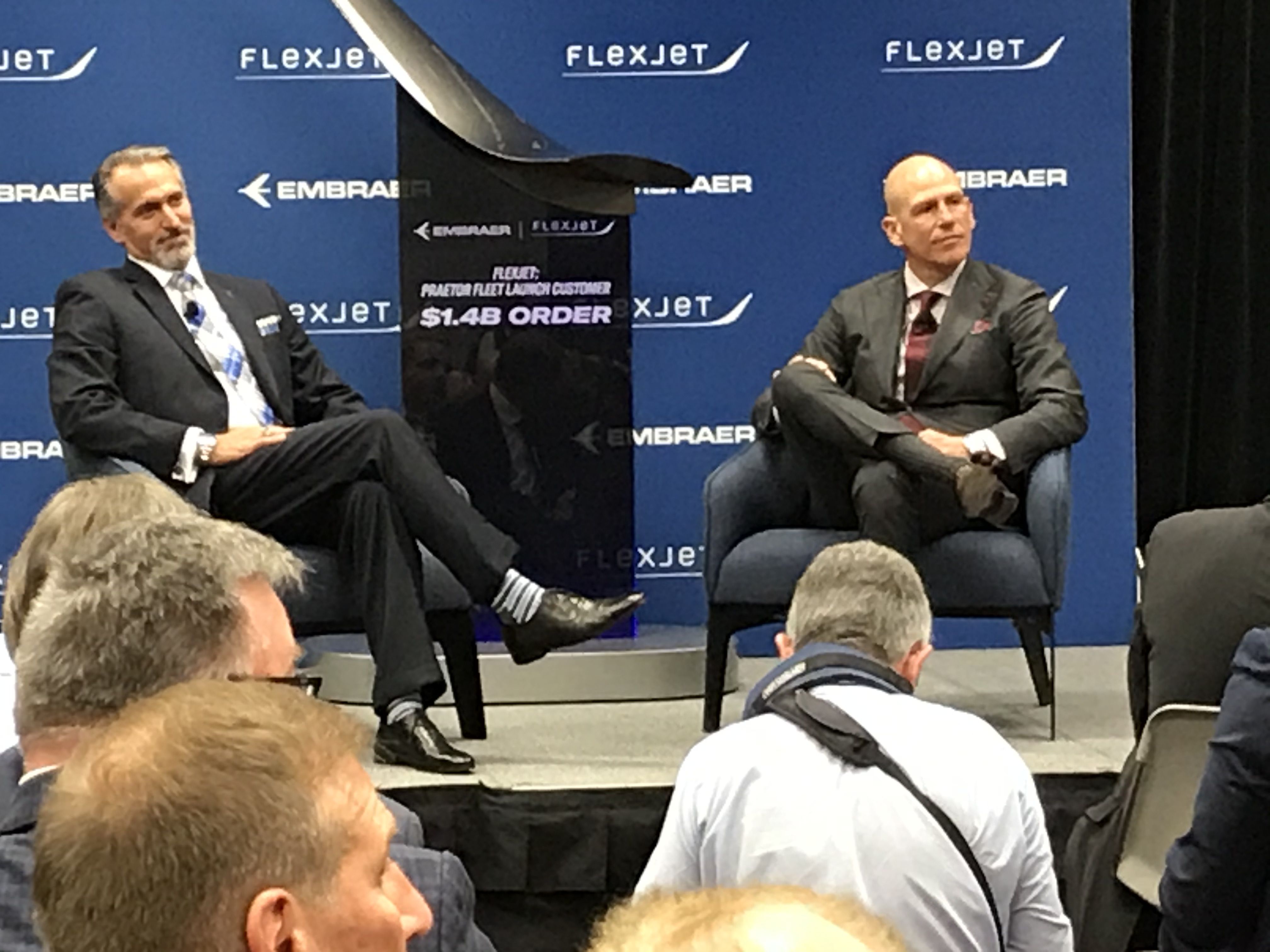 At NBAA-BACE 2019 in Las Vegas, Embraer marked the recent certification of its refreshed line of midsize business jets with the announcement of a firm order from FlexJet worth $1.4 billion. The fractional operator will take a mix of 64 aircraft, including an unspecified number of new Praetor 500 and 600 jets. The balance of the order will be taken up with Phenom 300s. With the order, Flexjet becomes the launch customer for the Praetor, which was introduced a year ago at NBAA-BACE 2018 in Orlando.

Meanwhile, Embraer has been busy proving the mettle of both models of Praetor with speed and range milestones being notched all over the world in what CEO Michael Amalfitano called the “journey of wonder.” He also proclaimed the 500 the fastest in its class and touted its ability to go nonstop from Miami to Seattle and New York to L.A.