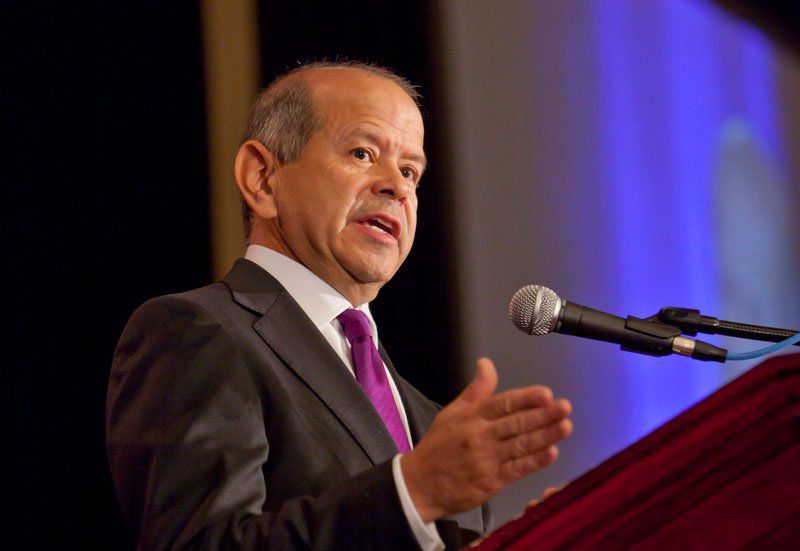 The outgoing administrator of the FAA had some gentle advice for NBAA delegates and the aviation leaders at the annual convention in Las Vegas Tuesday on the hot topic at play. Michael Huerta urged an overflow crowd at Tuesday’s general session not to be close-minded about changing the way air traffic control is funded and run and said there should be “meaningful discussion” about the issue. Much of the mainstage discussion at the convention has been about abject rejection of the notion of turning air traffic control over to a nonprofit corporation without Congressional oversight. Huerta reminded the crowd that under Congressional oversight the biggest challenge he has faced as administrator has been the inconsistent and unreliable funding of the agency in highly politicized Capitol Hill battles that used FAA reauthorization to move unrelated legislation through. “I don’t think that’s how the world’s best aviation system should be run,” he said.

Huerta said that despite the funding challenges, the agency is making good progress on its modernization program and he had a stern warning for those who think the 2020 deadline for ADS-B will be relaxed. “It’s not going to change,” he said. “ADS-B is essential to the future of U.S. aviation.” He said that to date only 30,000 of about 160,000 GA aircraft that will need it have been equipped and owners and operators have had plenty of time to comply.