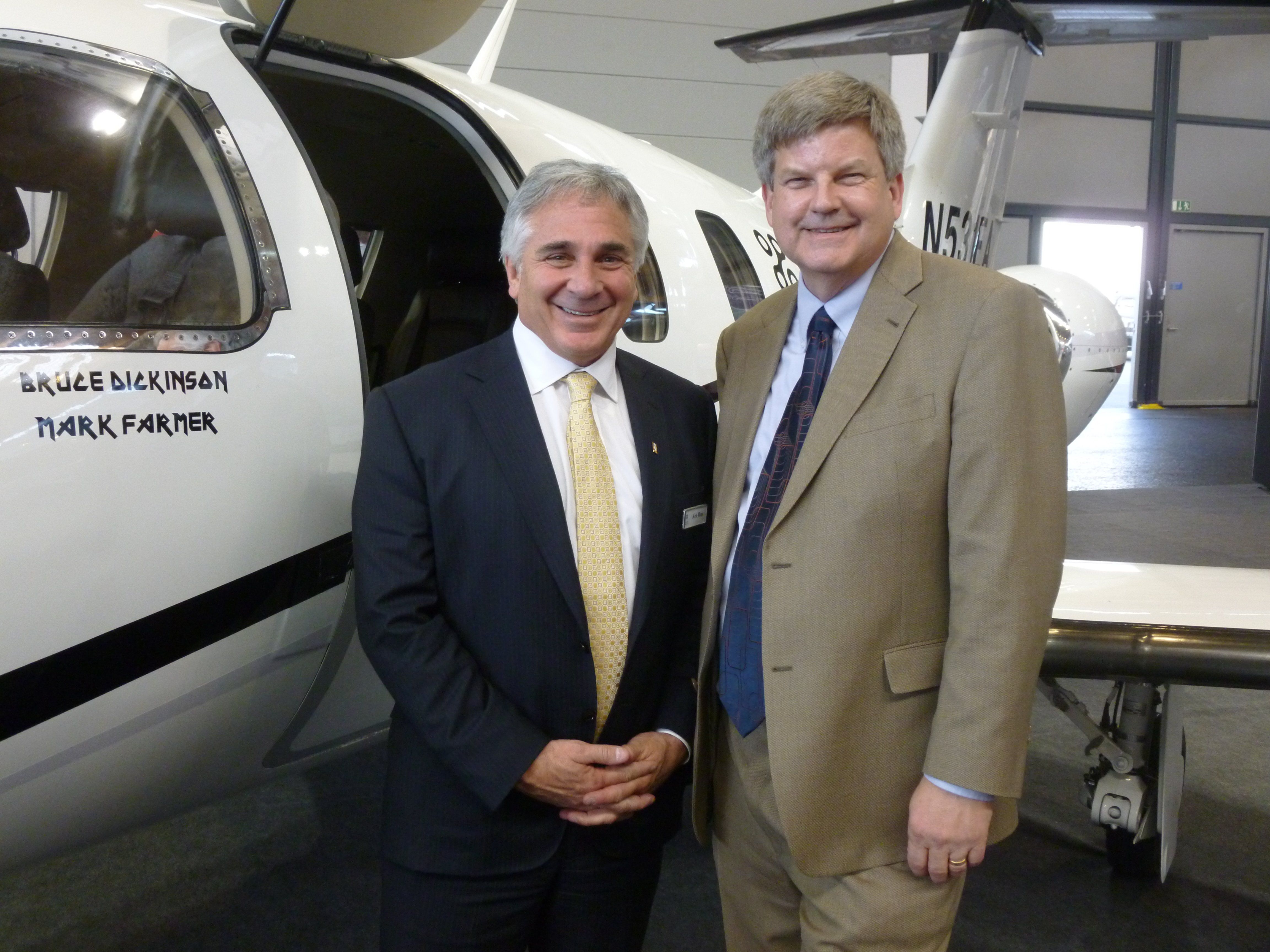 The economics of “synergy” were a driving force that motivated Eclipse Aerospace and Kestrel Aircraft to join together into a new company called One Aviation, Kestrel CEO Alan Klapmeier told AVweb on Wednesday at Aero Friedrichshafen. The new company was announced Wednesday in a news release. “This gives us more choices and more independence,” Klapmeier said. By combining forces, both companies can run more efficiently, he said,in manufacturing andin areas like human resources, purchasing and information technology.The combined company also is more attractive to investors.“More products helps,” he said.The new company is launching, according to the news release, “in conjunction with a new infusion of funding.”

Klapmeier declined to offer more details about the sources of funding or the amounts. One Aviation would be open in the future to joining with other small aviation companies, he said, that might have one or two products and would also benefit from the same synergies that he found attractive. In the new company, Klapmeier will take the position of CEO, and Mason Holland, who has been at the helm of Eclipse Aerospace since taking over the company from the original owners in 2009, will act as chairman. Ken Ross, president of Eclipse, will take the position of president for One Aviation. The new company plans to hold a news conference next Tuesday at Sun ‘n Fun, where they will offer more details about the new plans and “host an extensive question and answer session.”

We spoke with Klapmeier at Aero; click here for the podcast.