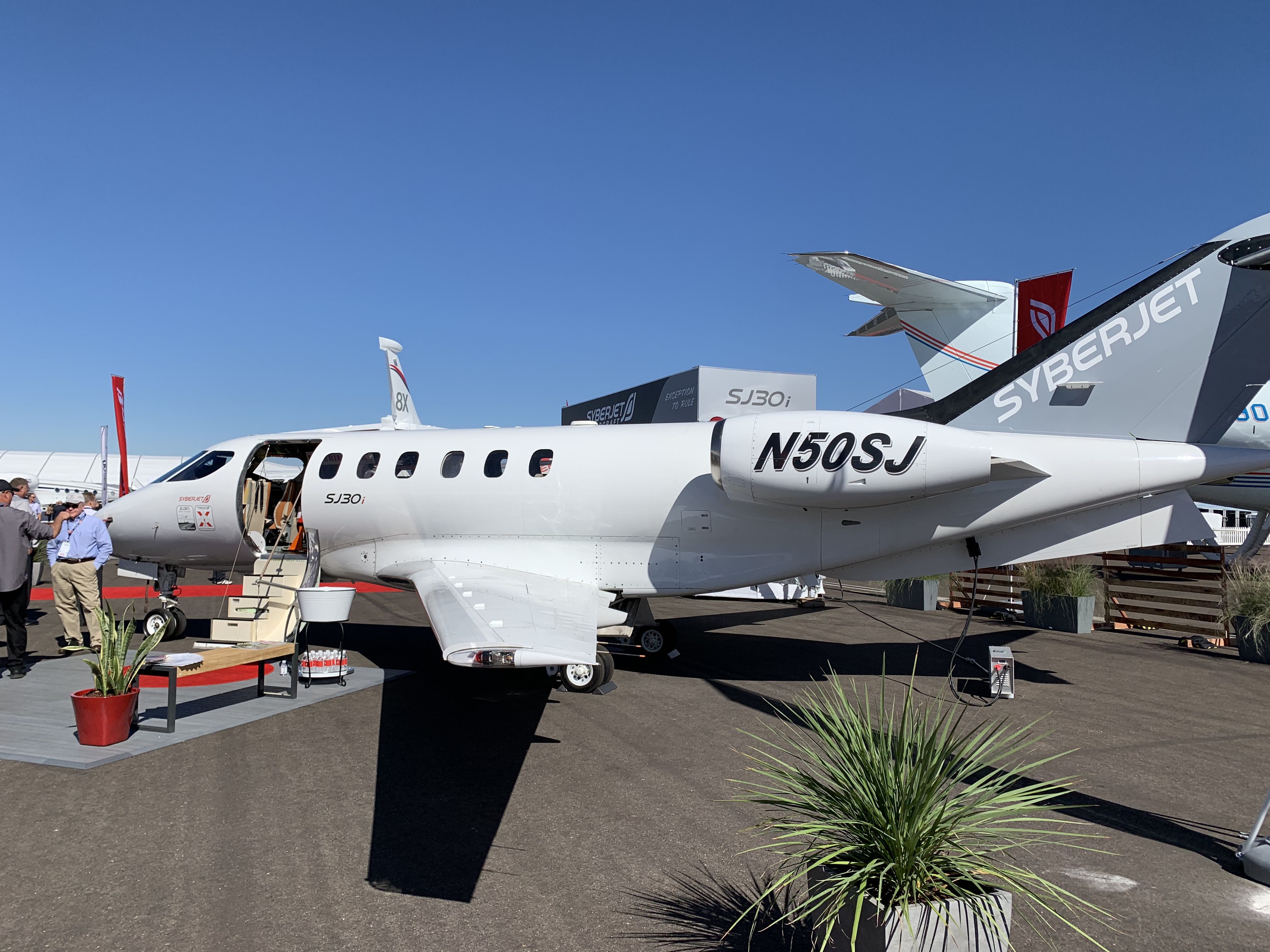 At NBAA 2019 in Las Vegas, SyberJet was showing a cockpit and cabin mock-up of its latest SJ30i, and it also brought along a flying certification test airplane with the latest Honeywell Epic 2.0 avionics and Williams fanjet FJ44-2A engines rated at a total of 4600 pounds of thrust. The aircraft has a 560-MPH (Mach .083) high-cruise speed and 2500-NM range. The real attention-getter is the aircraft’s 12.0 PSI cabin at 41,000 feet.

What makes the airplane different than the company’s previous one is the cockpit and interior. The new avionics suite in the SJ30i is by Honeywell and SyberJet calls it the SyberVision. It has four large-format displays, SmartView synthetic vision, interactive Map displays, electronic charts/maps and a flight management system.

The jet has a fresh interior with seating for seven (including the pilot) and has extra-wide full berthing seats, a forward-facing lavatory seat, hideaway work tables, cabin connectivity and USB ports—everything you’d expect in a jet with a price tag that approaches $8.5 million. The cabin is 12.6 feet long, just shy of 5 feet wide and 4.4 feet high.

SyberJet says the SJ30i fits the market between the Embraer Phenom 300 and Cessna CJ3+ but unlike any other jet in its class maintains an 1800-foot cabin at 49,000 feet. Typical long-range cruise altitude is between 41,000 and 45,000 feet. Takeoff balanced field length at gross weight is published at 3939 feet and landing distance is 2585 feet.

The SJ30 airplane has roots dating back to the 1980s and you’ll easily recognize it as an Ed Swearengin design, which has been in several hands over the years. It was once to be manufactured and sold by Gulfstream as the Gulfjet before the company withdrew from the project. Worth mentioning is that the SJ30 program was the first to fly the Williams FJ44-series engine. The current company is in the later stages of FAA certification, was selling discounted delivery positions at the show and plans to start delivering the updated SJ30i in the first quarter of 2021.