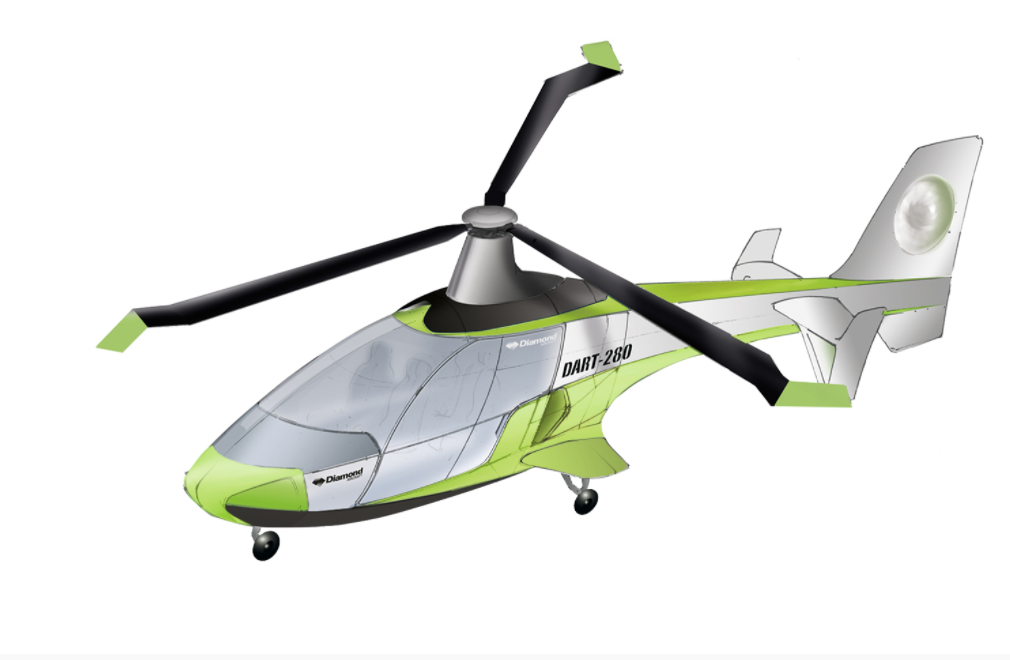 Diamond Aircraft unveiled a design for a composite four-seat light-single piston helicopter at Aero Friedrichshafen on Thursday, Flight International has reported. The Dart 280 easy-to-fly trainer would be the first in a family of rotorcraft, which will include a hybrid-electric tilt rotor. “Diamond has been in the GA market for 30 years and it’s time to try something new,” CEO Christian Dries said, according to FI. “Why not?” The helicopter is projected to have a 280-SHP four-stroke engine burning jet fuel, retractable landing gear and a shrouded, electric tail rotor.

First flight is expected around October next year, with certification about a year after that.