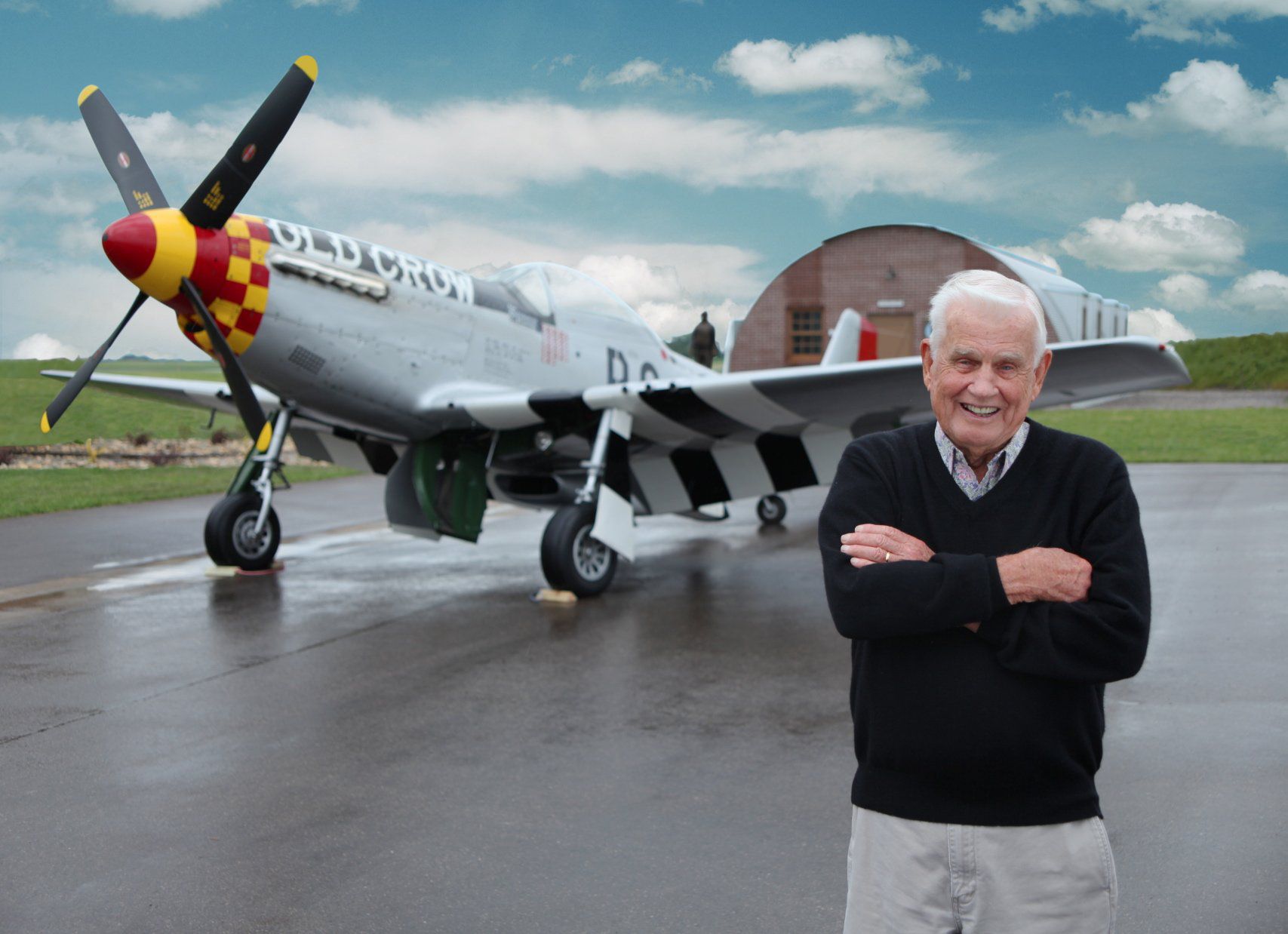 AirVenture is amplifying its fighter theme for the 2019 show by including a call for all flyable P-51s to pay tribute to one of the type’s most honored pilots. AirVenture will host a tribute to legendary Mustang pilot Clarence “Bud” Anderson in a mass flyover on July 25. “Bud Anderson is well known and lauded for his courage and abilities as a flying ace from World War II, so EAA wants to bring together as many P-51 Mustangs as possible to salute him,” said AirVenture coordinator Rick Larsen. “His entire aviation career is also one for the record books, deserving of recognition at the World’s Greatest Aviation Celebration and another ‘Only at Oshkosh’ moment.”

Anderson was a triple ace in the Second World War and flew for the Air Force until 1972. He was most famous for his Mustang “Old Crow” that he used to down 16.25 victories while serving with the 357th Fighter Group based in England. Mustang owners can preregister to take part in the tribute here.