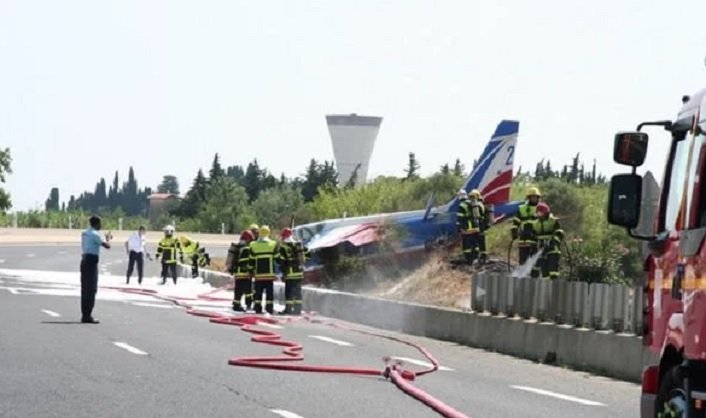 A pilot for the French air force’s Patrouille de France demo team is safe after his aircraft went down near Perpignan-Rivesaltes Airport in the south of France on Thursday. The aircraft was one of nine flying a practice routine ahead of an airshow at the airport when something went wrong with the No. 2 Alphajet. Early reports said the plane had just taken off.

The pilot reportedly ejected before the aircraft came down on a road adjacent to the airport. The aircraft ended up intact on a berm at the side of road and sparked a small grass fire but did not catch fire itself. The pilot was injured in the incident and is being treated in a local hospital. More details are expected shortly.