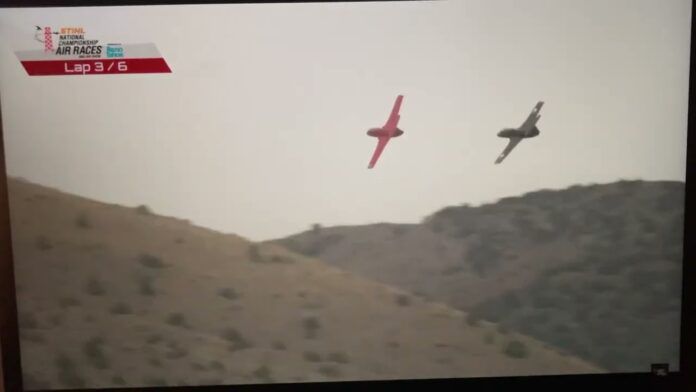 L-29 pilot Aaron Hogue was killed Sunday during the Jet Gold Race at the Stihl National Championship Air Races in Reno, Nevada. Organizers suspended all racing after the accident, which occurred at Outer Pylon 5 about 3:45 p.m. local time. As seen in the accompanying video (graphic and disturbing content) Hogue’s aircraft was turning at high speed when it lost altitude at high speed and exploded.

“All other pilots landed safely and race operations for 2022 have been suspended,” the organization said. “We express our deepest sympathies to the pilot’s family and friends, as well as racers and race fans who make up our September family.” It would appear Hogue was the only casualty in the tragedy. “The FAA and the National Transportation Safety Board will investigate,” an event spokesman tweeted. “The NTSB will be in charge of the investigation and will provide additional updates.”