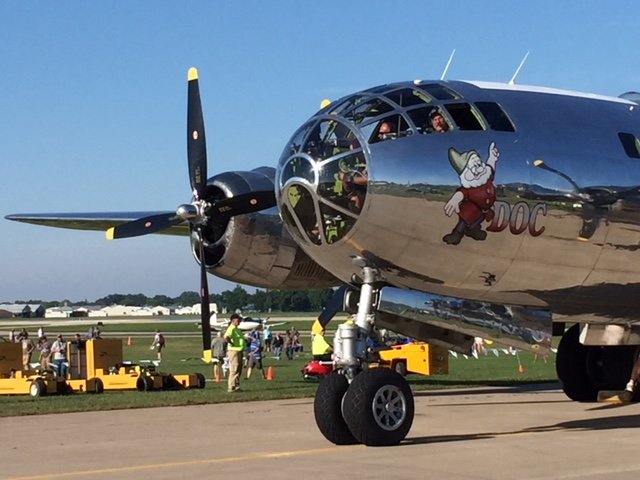 Nonprofit organization Doc’s Friends has announced that its 1944 Boeing B-29 Superfortress “Doc” will be going on tour for the month of July. The aircraft is scheduled to visit St. Louis, Missouri, on July 9-11; Terre Haute, Indiana, on July 12-15; Cincinnati, Ohio, on July 16-18; Cleveland, Ohio, on July 19-21; and Kalamazoo, Michigan, on July 22-25 before making its way to Oshkosh, Wisconsin, for EAA’s AirVenture 2021, which will be held July 26-Aug. 1. Ground tours and rides will be offered at each tour stop.

“We are excited to announce our July tour plans for B-29 Doc and even more excited as we continue planning for all of 2021,” said B-29 Doc general manager and executive director Josh Wells. “The July tour will bring Doc to six states, including a return trip to Cleveland, Ohio, where Tony Mazzolini, the mastermind behind Doc’s rescue and restoration, calls his home.”

According to Wells, Doc’s Friends is looking at bringing the B-29 out as early as April, with more details on other 2021 tour plans expected over the next few weeks. The organization is currently in the process of completing a planned winter maintenance period on the aircraft at its home at the B-29 Doc Hangar, Education and Visitors Center in Wichita, Kansas. The facility is open to the public and can be live-streamed at https://www.b29doc.com/live.