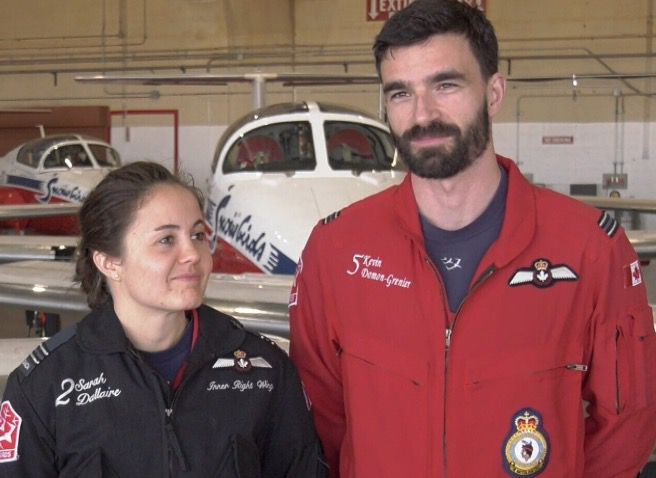 A member of the Royal Canadian Air Force Snowbirds ejected safely from his aircraft when something went wrong just before the team was scheduled to perform at the Atlanta Air Show early Sunday afternoon. Capt. Kevin Domon-Grenier, Snowbird 5, landed safely and the aircraft crashed in an unpopulated area and there were no injuries. His wife, Capt. Sarah Dallaire, was in the same formation with Domon-Grenier when the incident happened. She flies the no. 2 aircraft. The remainder of the show was canceled.

It’s not clear what happened and the incident occurred away from the airshow venue. The team does a warm-up before each performance and may have been doing that when the mishap occurred. The no. 5 position is second line astern, in the middle of the formation. The Snowbirds announced the happy ending on its Facebook page and all the usual investigations are underway.