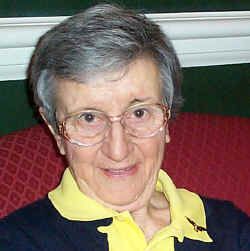 Getting Together With Some Friends…

“I’m tired of being a minority, and this makes me feellike I’m not,” says Christine Poelma, a flight instructor from Louisville,Ky., carrying her tow-headed toddler Sophie in her arms. Poelma is checking outthe exhibits in the crowded hall at last week’s Womenin Aviation International (WAI) 13th Annual Conference, in Nashville, Tenn.She’s surrounded by women swarming past the booths, some still in college, somewho flew with Amelia Earhart, others in Air Force uniforms, and many withcaptain’s stripes on their sleeves. “I’m never going to miss thisagain,” she says. “It’s so inspiring.” Others may cite thenetworking, the careerseminars,the chance to hand out resumes and schedule interviews. But for many, the realreason they’re here is simpler: to be among others like themselves, for a change– other women with a passion for aviation.

This year’s event, held at the sprawling Opryland Hotel,reflected the impact of the profound changes the industry has faced over a shorttime. Nearly every speaker talked about the dramatic differences in the pre-9/11world versus the post-9/11 world. Economically, it’s been a rough ride.Thousands of workers have been furloughed, and those struggling to enter the jobmarket or to climb the career ladder face formidable obstacles and toughcompetition. Yet the upshot, over and over, was upbeat. We’ve faced tough timesbefore, was the mantra. Remember Eastern Airlines? Remember when they told youin grammar school that girls don’t fly airplanes? The memories of challenges metand overcome in the past were recalled again and again as a template for thefuture. And it seemed to work. When an audience at one packed session was askedhow many had been furloughed, about two dozen hands came up. When asked how many worriedthey might be furloughed, nary a handcould be seen. Hope and high spirits were the rule.

But WAI, despite its rapid and continuing membershipgrowth, couldn’t help but feel some impact from the economic squeeze. One of theorganization’s most active and celebrated programs is its strongscholarship awards effort. By last year, the awards total was creepingtoward $1 million. This year the total was down a bit, as donors sent theirregrets and scaled back on their generosity. Nevertheless, some donors wereworking right through the 11th hour interviewing applicants, and as happened inyears past, found too many deserving candidates to choose just one, and uppedtheir offerings. By the conference’s end on Friday night, $622,735 inscholarship awards had been given to 63 women. “I think that’s fabulous forthe industry, with the shape it’s in this year,” said WAI scholarship chairMary Ann Eiff. The awards range from $1,000 toward primary flight training, totype ratings in heavy jets, free dispatcher and maintenance courses, and even afull four-year’s worth of college tuition. Many of the type-rating awards arefollowed by job offers once the training is successfully completed.

Attendance and exhibitor numbers held at about the samelevel as 2001, with some 3,000 attendees from 10 countries, and 104 exhibitors.Sponsorships for the event set a record, at a total of 32. And membershipoverall continues to grow, with 7,079 signed up and 44 chapters. The goal is toreach 10,003 members in 2003, and the group seems well on its way to get there.

One distinction of the WAI conference is the diversity ofwomen to be found there. WAI doesn’t focus only on pilots, it works to welcomeall of the aviation industry.Mechanics, air traffic controllers, flight instructors, engineers, flightattendants, and anyone with an interest in promoting women in aviation, evenmen, are welcome to join. Several scholarships were awarded to members fromIndia, Turkey, and Canada. The awards went to went to high-school and collegestudents, older women in the midst of career change, and one went to singlemother who longed to fly but had never found a way to afford it. Her dream wassimply to share her experience of flight with her children.

…Recognizing That Change Is A Constant…

Among the keynote speakers, the changes since September 11were the recurring theme: economic devastation, new security measures,retrenching and rebuilding a damaged industry. But everyone struck a note ofhope for a bright future soon to come. “Aviation is on the cusp of anothergrowth spurt,” said Bob Blouin, representing the National Business AviationAdministration. “Have confidence in your career prospects.” EAA’s BobWarner expressed his organization’s hope that the SportPilot proposal will be a revitalizing force for GA. And Col. Kim Olson ofthe Air Force reminded those in search of career paths that the military offersopportunity, training, and “the coolest planes to fly.” CeciliaHunziker of the FAA, gamely filling in when Transportation Secretary NormanMineta sent last-minute regrets, emphasized that every pilot needs to getinvolved at her local airport. “We must educate the public about thebenefits of aviation, and restore public confidence,” she said. “Weneed to be the voice for aviation.” But she didn’t forget those looking forwork: The new Transportation Security Administration is sure to be hiring, shesaid.

The federal government is not the only employer stilllooking for workers. At one panel, representatives of six regional airlines allwere in the market for qualified pilots, though admittedly fewer than last year.At the FedEx Express booth, recruiters said the company will hire 24 pilots thismonth, and 32 more in April and May. With such slow growth and so many displacedworkers, though, the selection process has become more competitive than ever.For those tempted to investigate other options, Major Patricia Brown was lookingfor qualified recruits to join the Air Force. “We’re looking for peoplewith a four-year degree and a private pilot license, for active duty,” shesaid. Responding to the new environment, several seminars offered advice onhow to compete, and how to deal not only with stressful interviews, butextensive background checks and security protocols.

At the professional seminars, those who offered suchnuts-and-bolts advice about the job market drew crowds. Cheryl Cage, who helpspilots prepare for their job searches, talked to a chock-full hall aboutstrategies for career success. Cageused her personal experience as an example of how to deal with unforeseeablesetbacks. She said her own business dropped by 97 percent in the weeks following9/11. No pilot hiring was going on, and nobody knew how long it might be, ifever, before things turned around. She quickly refocused her efforts toconcentrate on helping furloughed pilots, and in six weeks she wrote a book tohelp them deal with their situation. Her advice to pilots thinking maybe theyshould forget the whole thing: “Give yourself some time. If you are doingwhat you really love, you will find a way to do it again. Just don’t give up…. Embrace your setbacks.”

…And Searching For Inspiration

Not all the speakers and seminars focused oncareer-building. Inspiration and motivation were to be found as well. AtThursday’s luncheon, husband-and-wife astronauts Rhea Seddon and Hoot Gibsontold how they raised a family together while pursuing demanding careers. Seddonwas among the first group of female astronauts at NASA, in 1979. She flew threespace-shuttle missions and studied the human physiological response to spaceflight. Gibson also flew the space shuttle, and guided Atlantis to its firstdocking with the Mir space station, in 1995. At Friday’s general session, DeniseWaters described her round-the-world trip in a twin Comanche. Waters competedlast year in the London-to-Sydney air race, flew across the Pacific to Oakland,Calif., then joined the Air Race Classic to return to her starting point inOhio. In the exhibit hall, famed aerobatic flyer Patty Wagstaff spent some timehelping to promote WAI’s endowment fund and signing copies of her book Fireand Air.

The parade of scholarship winners was enough to make anyordinary human feel like an underachiever. One after another, at every luncheonand meeting and banquet during the three days in Opryland, quick biographieswould summarize why each applicant was chosen.The presenters would describe hardworking, motivated, energetic women,often struggling against difficult odds. One raised three children alone whiletraining to be a maintenance technician, others held jobs in aviation whilestudying full-time for a college degree and doing volunteer work, another earnedher doctorate degree while getting all of her flight ratings. Time after time,they accepted their awards with a smile and a handshake, till it seemed almostroutine.

All of that achievement-recognition reached its acme Fridaynight when new members were inducted to WAI’s Pioneer Hall of Fame. The awardshonor female aviators who are record-setters, pioneers, and innovators, and whowork on behalf of other women in the industry. This year’s inductees includedFiorenza de Bernardi, who became Italy’s first female airline pilot when shewent to work for Aeralpi in 1967. She flew Twin Otters, a Yak 40, and DC-8s, inEurope, Asia, and Africa, and founded an organization for Italian women pilots.Julie Clark has flown for the airlines for 25 years, and was among the firstU.S. female airline pilots when she started out. She also has flown in airshowsfor 22 years, in a 50-year-old military trainer that she restored herself. DorisLockness began flying in the 1930s, joined the WASPs, and went on to earnratings in aircraft from helicopters to gyroplanes to balloons. A posthumousaward went to Blanch Stuart Scott, the first female test pilot, who flew Martinprototypes in 1912. The Soviet Airwomen of World War II also were honored.

Despite the unavoidable concern over what the country andthe industry have been through in the last six months, and the wrench tossedinto many career plans, the conference left no question that women willpersevere to reach their goals. The vigor and determination embodied by WAI inyears past remained strong. Next year’s conference will be held March 20-22,2003, in Cincinnati, Ohio.