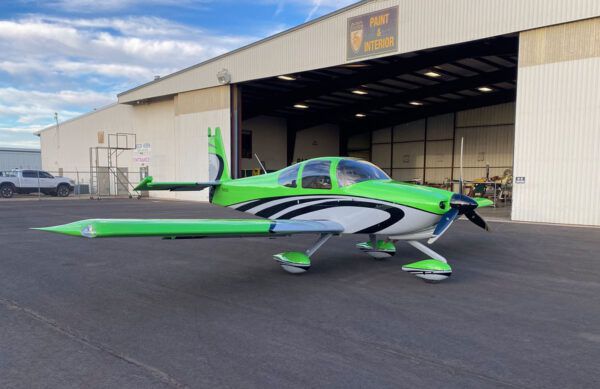 Craig Barnett’s crazy idea two and a half decades ago has turned into a long-lasting aviation service. In 1997, when Barnett started offering professional design services to aircraft builders and owners, it was something of a novelty. Airframe manufacturers had their own design staffs, of course, but homebuilders were left to go it alone, or “borrow” ideas from other aircraft. Some of these worked, some not so much.

According to the company, it has “expanded to include a team of professional aircraft livery artists who have designed aircraft schemes which are flying on over 14,000 aircraft on every continent across the globe.”

What started as simple drawings with proposed designs has evolved into a high-tech presentation. “The company works with each customer through interactive web-based tools, allowing the customer to bring their unique vision and personality to their aircraft,” says Scheme Designers. “The Company’s artists will work with customers through as many iterations as it takes to get the design and color combination perfect. The Company will also work with customers real time when necessary to tweak elements of their custom design until it beautifully achieves their vision.”

Paint shops have come to appreciate working with Scheme Designers because it will “prepare detailed dimensions drawings, to 1/8-inch or 1mm, along with comprehensive written specifications for the customer’s chosen paint shop. These detailed schematics provide a paint shop with everything they need to accurately apply the paint or vinyl scheme to the customer’s aircraft with precision and efficiency.”

Scheme Designers is exhibiting at Sun ’n Fun this year inside Hangar A at booth 17.

This article was originally published in KITPLANES Magazine.