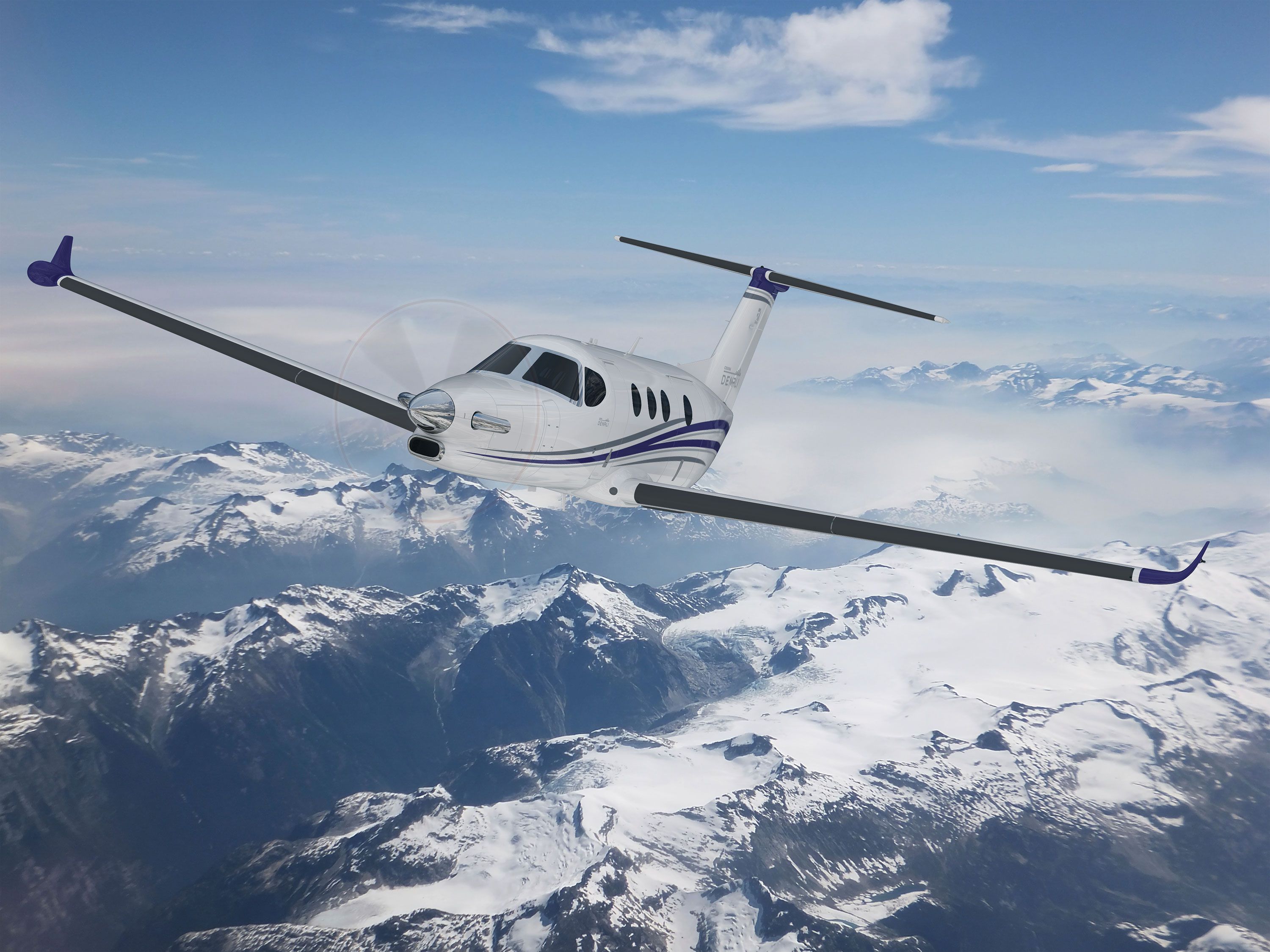 Textron brought the Cessna Denali single-engine turboprop full-scale cabin mockup to AirVenture 2019 and during an interview with AVweb said the prototype aircraft should enter flight testing by the end of the year. Announced back in 2016, the company plans to use the prototype and two production-conforming aircraft in the flight test program, while ground test articles will be used for airframe static and fatigue tests.

The 1300-SHP Catalyst FADEC engine will be provided by GE Aviation, is being developed specifically for the Denali and will spin a digitally controlled McCauley five-blade composite propeller. The engine is slated to have a 4000-hour TBO, but a 5000-hour TBO is the ultimate goal. The Denali is expected to have a 1600-mile range and typical fuel burn of 60 GPH, while the single-pilot aircraft will have a service ceiling of 31,000 feet. The aircraft will have a digital pressurization system that maintains a 6000-foot cabin at 30,000 feet.

The Denali will have a three-screen (14-inch wide-screen displays) Garmin G3000 integrated flight deck, which was fully assembled in the mockup shown at AirVenture. The system has synthetic vision, ADS-B In and Out plus ship’s weather radar, as you would expect in an airplane of this caliber. Range is expected to be 1600 nautical miles with a cruise speed of 285 knots, while the full-fuel payload is around 1100 pounds.

The cabin (which can be configured for up to nine seats) is designed to convert between passenger and cargo configurations and the aircraft has a 53-by-59-inch rear cargo door. An optional externally serviced belted lavatory can be quickly removed for more storage and the cabin has LED lighting, a refreshment center and an interior that follows the lead of Cessna’s higher-end biz jets.

Textron said the Denali, which will compete directly with the Pilatus PC-12NG, is expected to be priced at $5.35 million.