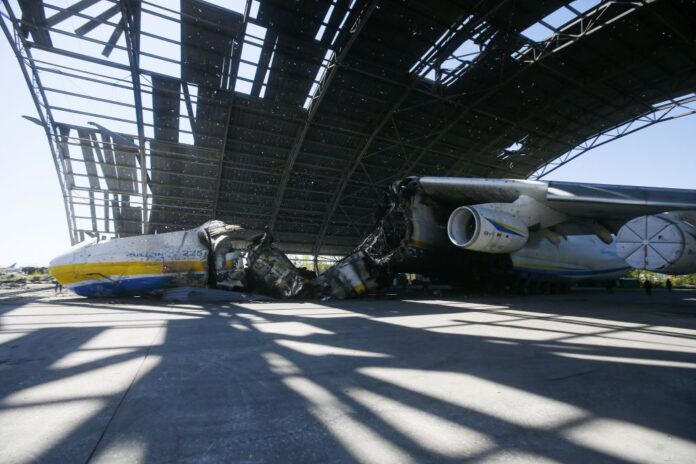 Ukraine aircraft manufacturer Antonov says it will likely cost about $500 million to return the An-225 to the skies. The only flying version of the cargo plane was destroyed during fighting in the early days of the Russian invasion. The plane was in an open-ended hangar at Hostomel Airport near Kyiv last February when Russian paratroopers overran the airport to establish a base for taking Kyiv. The enormous aircraft, the biggest in the world, posed no threat to the invaders and had little strategic value but it was set on fire during fighting for the airport.

Most of the damage was to the front fuselage and wings. The fuselage was all but severed by the fire and most of the engines were wrecked. The destruction of the aircraft, named Mryia, or Dream, became a rallying point for the Ukrainian resistance. Russia never was able to use the airport to stage an assault on the city, and the An-225 has lain in ruins since. There is a second partially built An-225 and it’s not clear whether Antonov would use that airframe for the new aircraft or salvage what it can from the wreck of the other one and rebuild it. It also hasn’t said how it intends to raise the money for the project.