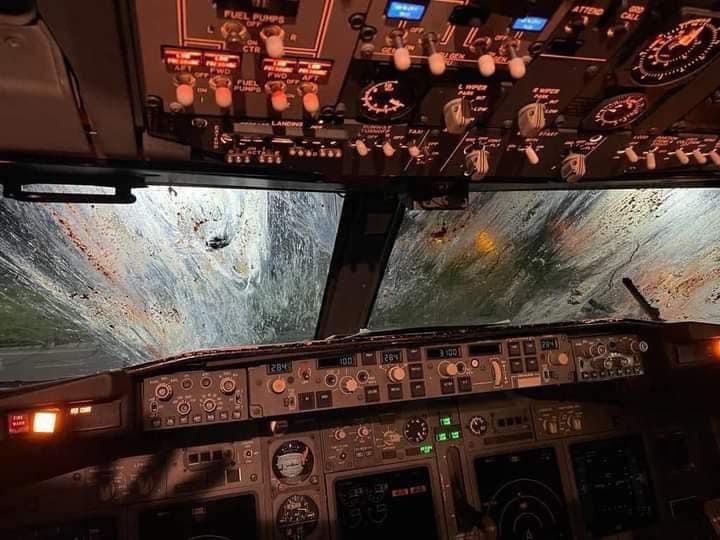 A Malta Air crew managed a safe landing in Bologna, Italy, last week after a flock of herons damaged both engines, the nose, the windshield and both wings. The Boeing 737-800’s right engine ingested several of the big birds, most likely Grey Herons, which stand three feet tall and weigh up to four pounds. The right engine suffered a compressor stall but the left engine kept running. The incident occurred while the aircraft was on approach to Bologna on a flight from Stanstead in the U.K. There were no injuries.

It’s not clear how many herons struck the aircraft but social media photos obtained by Aviation24 show lots of gore and damage to an engine spinner plus impact cracks and plenty of heron residue on the windshield. The aircraft was taken out of service.