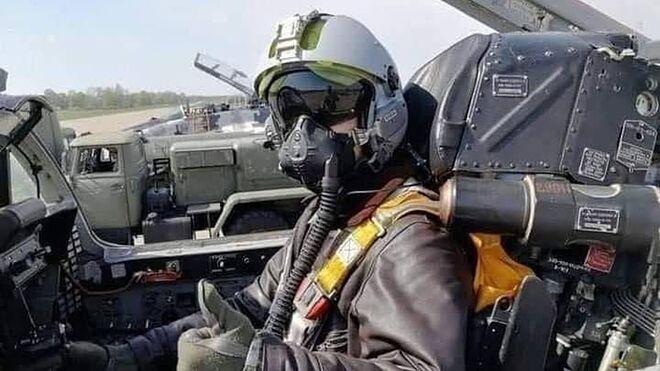 In what is being condemned worldwide as a ghastly affront to humanity, Russia’s attack on Ukraine has created thousands of heroes but none have captured the collective hope for what was first thought to be a hopeless cause more than the “Ghost of Kyiv.” And the facts that no one has been able to confirm that the so-far unidentified Ukrainian air force fighter pilot is real or that his exploits over the country’s capital city are authentic don’t seem to matter. The pilot has come to symbolize the spirited and apparently remarkably successful defense of the country by everyone from elite special forces soldiers to shopkeepers and teachers. The story, which has held together in its basic content since it first emerged on social media on Thursday, is remarkable if it is, as so many hope, true.

According to the unconfirmed reports, the MiG-29 pilot shot down a total of six Russian aircraft on Thursday, becoming the war’s first ace. The Ghost is purported to have eliminated two S—35s, Russia’s most capable frontline fighter, an Su-27, a MiG-29 and two Su-25s. For what it’s worth, Ukraine’s former president, Petro Poroshenko, is claiming the Ghost is real, although the authenticity of the image he included in his tweet has since been questioned. In the tweet, the former president claims the Ghost “terrorizes enemies and makes Ukrainian people proud.”