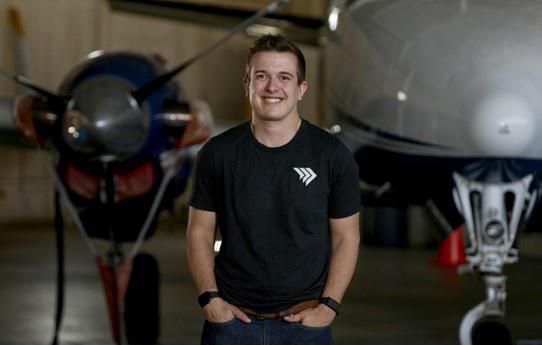 The Air Force has contracted a Boston tech company, Merlin Labs, to investigate partially robotizing its C-130J Super Hercules tactical transport aircraft. The announcement led to about $120 million in fresh investment to develop technologies to retrofit existing aircraft for almost autonomous operation. The tech proposed by Merlin will not deliver gate-to-gate autonomy, but Merlin CEO Matthew George, who’s 32, says the pilot-monitoring model overcomes some of the major obstacles to bringing autonomous flight features to market, only some of which are technological.

“We think that the hardest problem truly is certification,” George told Forbes. Almost half of his 70 employees are dedicated to the paperwork but the company did make some headway in New Zealand last fall. The somewhat geek-friendly Civil Aviation Authority gave Merlin “certification basis” for a limited autonomy kit for a Caravan. At first, at least one pilot will be onboard to handle the aircraft on the ground and to make sure the system’s artificial intelligence responds appropriately to air traffic control directions. George hopes to have a revenue-producing cargo business using its technology in New Zealand within five years.