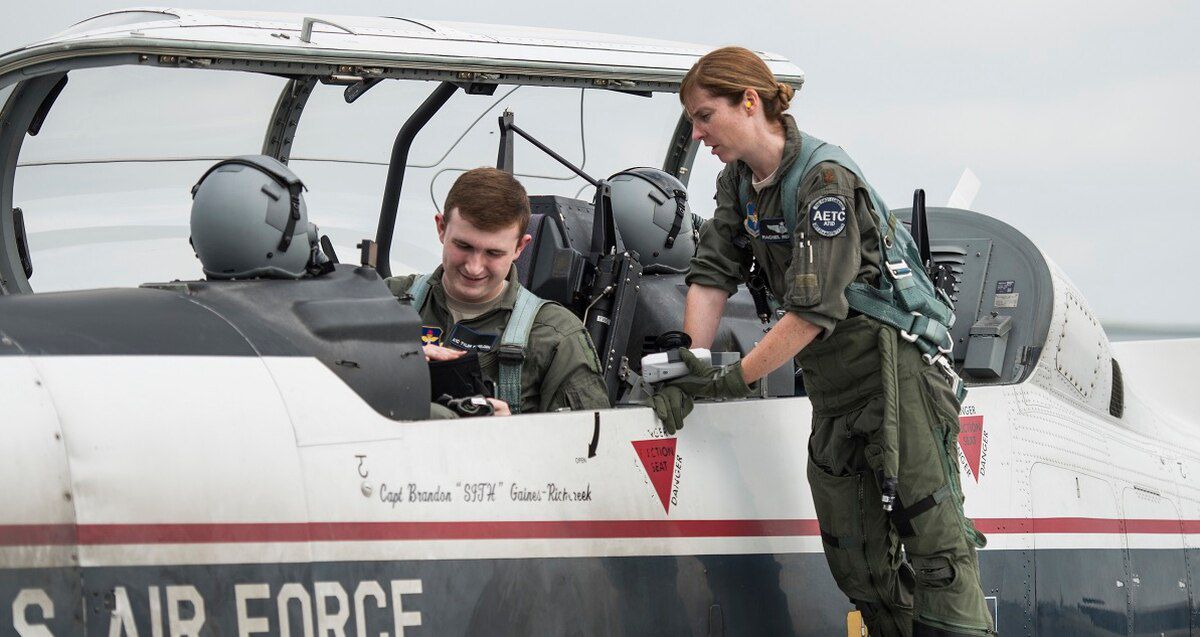 The Air Force is turning the tables on the aviation industry and is trying to attract trained civilian pilots into its corps. The Air Force is looking at two pathways to bring in pilots whose flying skills and general abilities will let them bypass some of the military training that all new Air Force officers go through. “Somebody who is exceptional and extremely well qualified might be able to bypass undergraduate pilot training altogether. We would put those folks through an Air Force fundamentals course … to bring them up to speed on Air Force differences, teach them how we fly, teach them the things that they need to know to make a difference,” Maj. Gen Craig Wills told Stars and Stripes. It’s also looking at working with colleges and universities that offer undergraduate aviation programs and include some military-style curriculum so that when they graduate they can skip some of the Air Force training if they decide to join up.

The Air Force is short pilots now and is training about 250 fewer than the 1500 a year it has set as a goal and attracting some from civvy street might be a partial answer. “Potentially, we could have an opportunity where we have added to the number of pilots at a relatively low-cost point,” Wills said. “Obviously, the number one thing is the quality of the training and the standard of these officers. That’s non-negotiable.” The Air Force is also trying to get more diversity in its cockpits, which are now occupied overwhelmingly (more than 80 percent) by white males. There is, of course, more to being an Air Force pilot than being a great pilot. “The most important thing on that program is you still have to be willing to fight and kill and potentially die for your country to serve as an Air Force officer. And that’s a pretty big lift,” Wills said.