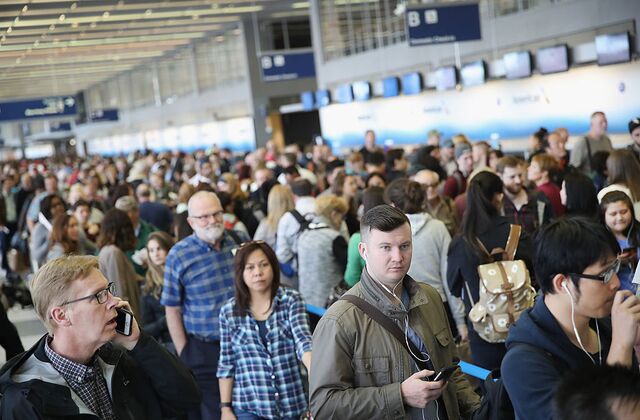 It will likely take several days at least for the airline system in the U.S. to recover from a crushing series of domino-effect flight delays across the country that have left thousands of passengers stranded and caused days-long delays for others. At last count late Sunday, FlightAware was reporting that almost 2,700 flights with at least one U.S. arrival or departure point had been canceled on Sunday alone and about 8,600 were delayed. That accounted for about half the worldwide total for delays and cancellations on Sunday. U.S. airline traffic is about 10 percent of the world total.

The airlines say a combination of bad weather across a large swath of the country, staff shortages and complications from the COVID-19 pandemic are behind the issues that have crippled the system over the final weekend of the holiday season. Huge lines of displaced passengers formed at airports across the country and the problems dominated evening news reports in most major markets. For those looking for a snapshot of the issues facing the system, FlightAware offers charts and its Misery Map to keep tabs on the mess. For what it’s worth, SkyWest was having the hardest time on Sunday. A total of 23 percent of its flights (565) were canceled and 25 percent (611) were delayed. O’Hare was the worst airport for delays and cancellation both coming and going, but Denver was a relatively close second.