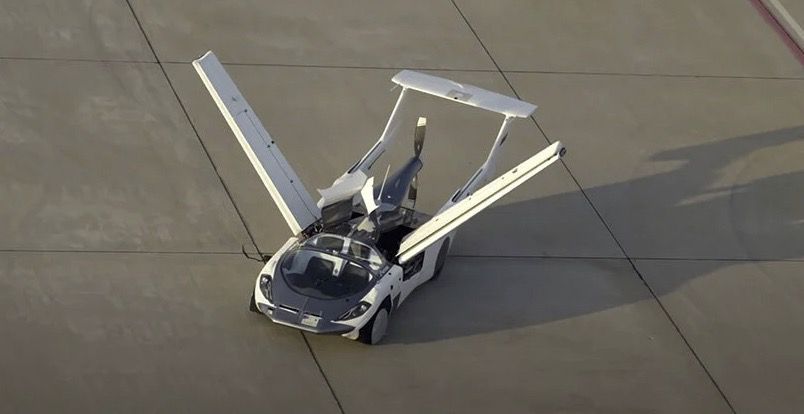 Klein Vision’s AirCar has received a certificate of airworthiness from the Slovak Transport Authority. The certification comes after 70 hours of testing, including more than 200 takeoffs and landings. The testing is “compatible with European Aviation Safety Agency (EASA) standards,” according to the developer of the dual-mode car/aircraft.

Stefan Klein, inventor of the AirCar, leader of the development team and test pilot, said, “AirCar certification opens the door for mass production of very efficient flying cars. It is official and the final confirmation of our ability to change mid-distance travel forever.”

Powered by a 139-HP, 1.6-liter BMW automotive engine, the AirCar made its first intercity test flight—35 miles—in June last year in its native Slovakia. Klein launched the development program in 2017, the fifth step in his march toward designing and producing a practical “flying car.”

The AirCar fuselage is made up of a sports-car-shaped carbon-fiber, semi-monocoque structure, designed to provide up to 40 percent of total lift when airborne. More than 20 servo motors extend the wings and tail to convert from automotive to airborne operations in a little more than two minutes. The pusher propeller is permanently installed and the AirCar has a ballistic-activated parachute system.

Takeoff speed is listed as 65 knots, and performance is pegged at 92 knots’ cruise speed and a range of 540 nautical miles. A follow-on design is under development with a fully monocoque structure, constant-speed prop and a 300-HP engine being developed by Adept Airmotive. It is expected to have a cruise speed of 162 knots and a range of 540 nautical miles.

René Molnár, director of Slovakia’s Civil Aviation Division (the country’s transportation authority), said the agency “… carefully monitored all stages of AirCar development from its start in 2017. Safety is our highest priority. [The] AirCar combines top innovations with safety measures in line with EASA standards. Its certification was both a challenging and fascinating task.”