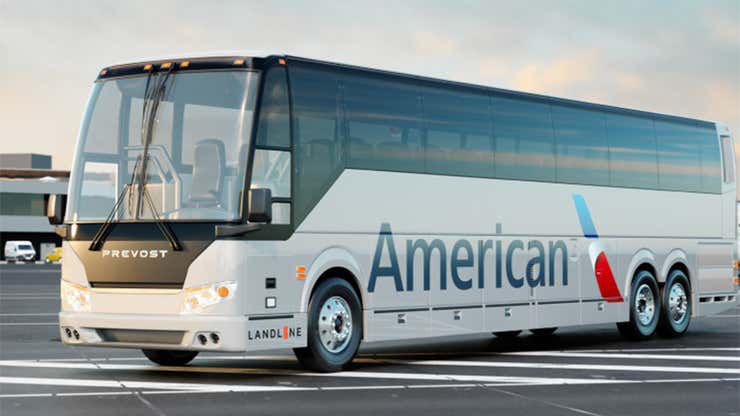 American Airlines is addressing its pilot shortage by hiring bus drivers. The company announced last week that it had signed a deal with Landline, which offers ground transportation that is an extension of air travel. On Thursday, American announced that it was resuming regional service to Allentown and Atlantic City from Philadelphia using Landline’s 35-seat buses with leather seats, Wi-Fi and power outlets at each seat. No bus stations are involved. Bus segments begin or end at the airport.

Customers book through the airline and check in at the airport. If they’re heading to Philadelphia, they clear security at the airport and board the bus for the 90-minute drive (the previous regional flights were about 30 minutes gate to gate). In Philly, the bus drops them off on the air side and they head directly to their gates while their baggage is routed with them. Passengers heading to the smaller airports catch the bus from the secure side and are driven directly there where their checked bag should be waiting.

It’s American’s first use of the service. United buses passengers from Denver to and from nearby cities and resorts and Sun Country Airlines has a deal with Landline to ship passengers to and from seven airports in Wisconsin and Minnesota from Minneapolis. Regional airlines have been hardest hit by the pilot shortage, but there are also some cost savings for the main lines in using ground transportation if their customers accept it.