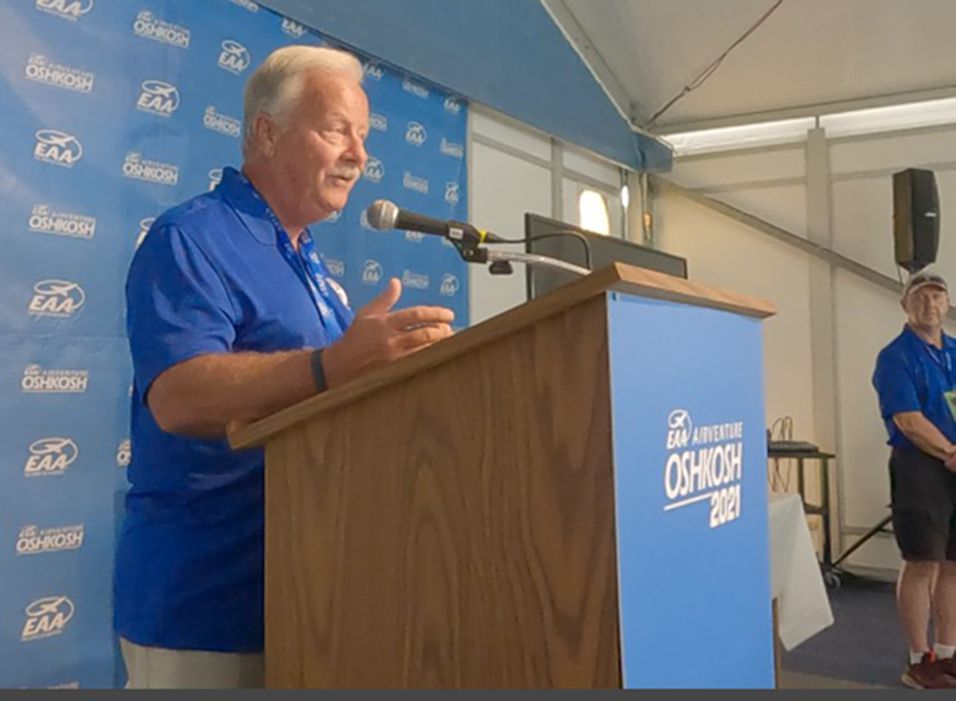 But it might not have been. Pelton said as late as December 2020, there was still significant doubt that AirVenture would even happen because of concerns about COVID-19. But he explained that the association worked almost daily with county and state public health agencies to determine how to conduct the event with reasonable risk and EAA has followed those guidelines. Currently, there are no vaccination or masking requirements to enter AirVenture, although some masks are evident in some of the vendor hangars. To the casual eye, the event so far appears normal, but Pelton said efforts were focused on areas where people tend to congregate. In addition, a company that does sanitization for major institutions, Jani-King, is under contract to clean high-touch areas.

Although it has since regained lost ground, Pelton said pandemic shutdowns dented EAA membership but it has since recovered to more than 240,000. “It could be a record year for total membership,” Pelton said in his briefing. As AVweb has reported previously, EAA has five-year economic outlooks and these included contingencies for canceling AirVenture. “But no one used the word pandemic in any of that,” Pelton said. He said the association acted quickly to apply for the federal Paycheck Protection Program and it had IT infrastructure in place within a week to allow employees to work from home. “We didn’t miss a single beat in any of that,” Pelton said.

Furthermore, while some agencies and associations are exercising caution, EAA is forging ahead with a museum expansion that will concentrate on aviation education and youth programs.