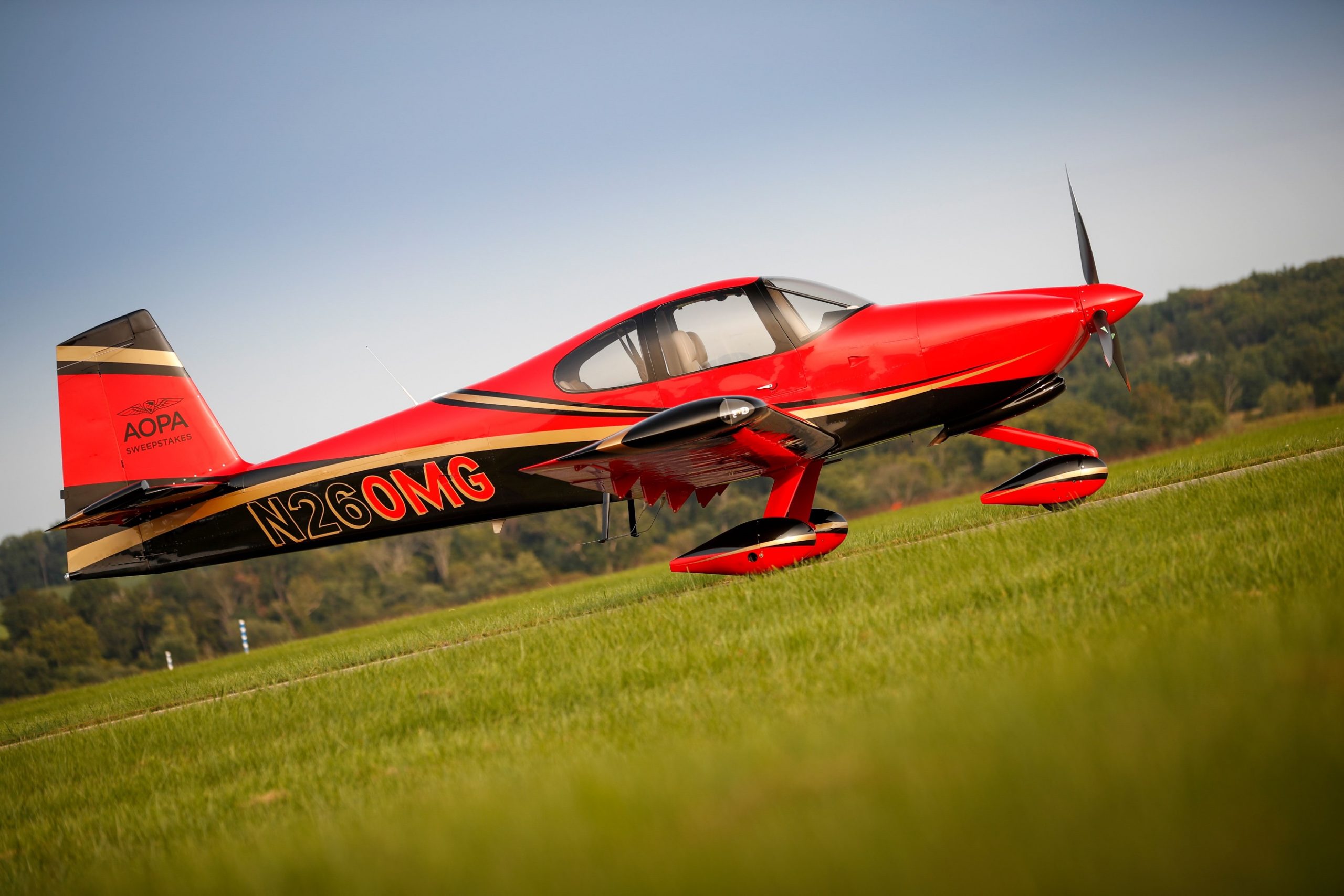 A Boeing 787 captain from Livermore, California, is the latest winner of the AOPA Sweepstakes aircraft. Aaron Benedetti was presented with the Vans RV-10 at Livermore Municipal Airport by AOPA President Mark Baker. “This can’t be possible. The RV–10 is a phenomenal aircraft,” Benedetti said. “I’m speechless.” In addition to flying international routes for a major airline, Benedetti is an avid GA pilot and often takes his paragliding gear with him on work trips to explore his exotic destinations. Benedetti was set up for the surprise presentation by his friend Darren Pleasance who lured him to the airport under false pretenses.

The aircraft is the first non-certified type offered as a sweepstakes prize and was found in the Canadian prairie town of Estevan, Saskatchewan, where a local businessman had used it for work and for visiting family. It was originally built by Ted French, a British Columbia pilot who was one of the first to finish an RV-10 in Canada. It first flew in 2007. AOPA stripped the plane to check on the construction and judged French’s metalwork as “impeccable.”

Then began an 18-month restoration that included a new panel from Advanced Flight Systems, and South Florida Sport Aviation put in a new leather interior and overhead ventilation system. Champion supplied new mags for the engine and Aerox provided an oxygen system. The aircraft is registered as N26OMG as part of a distinctive paint job designed by Scheme Designers. Other suppliers to the project included Whelen for LED lights, Bruce’s Custom Covers, Tin Tail Numbers and Aerosport Products.