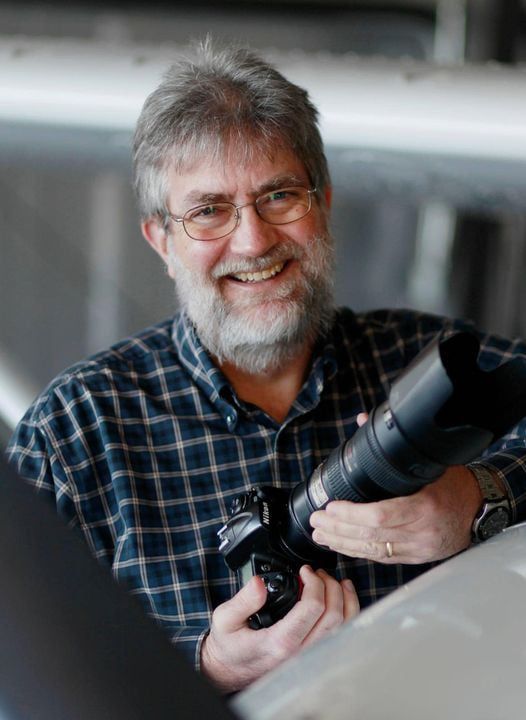 Veteran AOPA publications editor Michael P. Collins died Thursday night from complications of COVID-19, the association said on Friday. Collins had been hospitalized in Maryland for about two weeks after contracting the disease earlier this month. He was 59.

Collins joined AOPA in 1994 as managing editor of AOPA Pilot magazine and oversaw development of Flight Training magazine and the association’s digital product, ePilot. According to AOPA, he most recently held the role of Technical Editor and Director of Business Operations. Prior to joining AOPA, Collins was a co-founder of the regional news magazine The Southern Aviator.

A lifelong photographer, Collins taught himself darkroom skills during junior high school and earned a photojournalism degree from Western Kentucky University. He worked at various newspapers as a photographer and editor before co-founding The Southern Aviator after a chance meeting with the publication’s founder, Todd Huvard.

Collins was well known as the organizer of the Atlanta Photojournalism Seminar’s photography awards program and he also served on the board for that program. In recent years, he served on the board of the International Society of Aviation Photographers. Collins was also a talented videographer and recently earned a Part 107 sUAS certificate in order to use drones in his photography and videography. He was a private pilot with an instrument rating. For more on his life in career, see AOPA’s story here.

“Words cannot convey the grief we feel with the passing of our friend and colleague,” said Tom Haines, AOPA Senior Vice president of Media, Communications, and Outreach, and Editor-in-Chief. “Anyone who has ever read a story in our magazines or our email newsletters has benefited from Mike’s expertise. He and Janette are a part of our family here at AOPA. His passion for knowledge and educating will be missed for years to come.”

He is survived by his wife, Janette, who also works at AOPA. Between them, they have three children, Jennifer, Matthew and Bridget. An avid believer in animal welfare, Collins asked that in lieu of flowers, memorial donations should be made to the Animal Welfare Society of Jefferson County, 23 Poor Farm Rd, Kearneysville, WV 25430; the Kentucky Steam Heritage Corp., 499 Kirkland Ave., Irvine, KY 40336; or the AOPA Foundation.