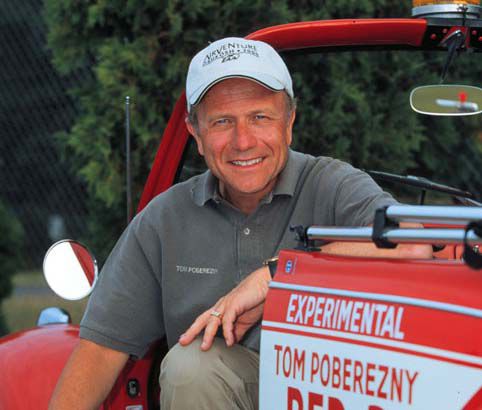 In an ironic twist of timing, longtime EAA President Tom Poberezny died early Monday morning just as the 69th AirVenture was hours from officially opening. EAA said Poberezny died after a brief illness at 75, severing the last direct link to the family that founded the Experimental Aircraft Association in 1953.

Tom Poberezny took over the reins of EAA in 1989 and lead it through a sometimes turbulent period. His father, Paul, built EAA into one of the largest and most influential aviation associations in the world. The elder Poberezny died in 2013.

Tom Poberezny was both an accomplished executive and pilot, having been on the team that won the U.S. National Unlimited World Aerobatic Championship in 1972. He continued to fly aerobatics with the Eagles Aerobatic Team, a crowd favorite at Oshkosh during the years the team performed.

Poberezny was credited with sweeping changes at EAA and built the annual fly-in and show from a nationally known event into the centerpiece of the international air and trade show season. He led the first major capital campaign for the EAA grounds that includes the EAA Aviation Center and museum complex at Wittman Regional Airport, among a long list of improvements.

“It is not lost on us that Tom’s passing occurred on the opening day of EAA AirVenture Oshkosh, the event he led into world prominence as its chairman beginning in the 1970s,” said Jack J. Pelton, EAA CEO and chairman of the board. “He will be greatly missed but more importantly, he will be remembered for all that he did for EAA and aviation. Our sincere thoughts and prayers go to Tom’s wife, Sharon, and his daughter, Lesley, and the rest of the Poberezny family,” Pelton added.

Poberezny retired as EAA president in 2011, but remained involved with the organization in the role of chairman emeritus. He could be seen occasionally driving one of the association’s convertible Volkswagens around the AirVenture grounds.

As Poberezny’s passing was noted, tributes to his contribution to general aviation poured in. “Tom was a world-class aviator, leader and human being,” said NBAA President and CEO Ed Bolen. “General aviation was his life, and he was a passionate advocate on behalf of our entire industry and for making our aviation community better, stronger and more accessible.” Said GAMA’s Pete Bunce, “Tom Poberezny was a lifelong ambassador for the general aviation community. The vison he shared with his father is the reason why tens of thousands of aviation enthusiasts gather at AirVenture to celebrate all things aviation. He had a devout passion for the next generation of aviators and his passing, on the opening day of AirVenture 2022, reminds us all why we come together annually with common purpose to share our love for all things aerospace.”