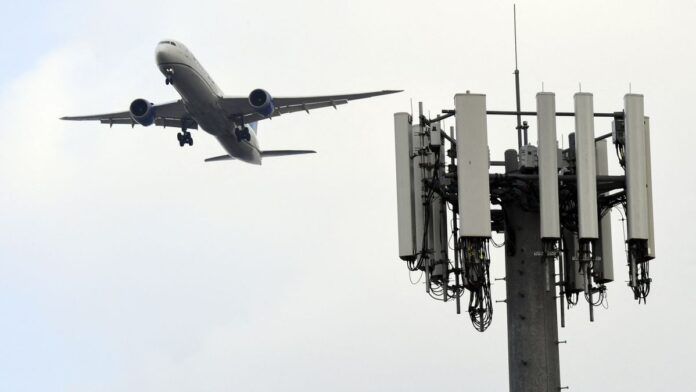 A total of 24 aviation industry groups and prominent manufacturers have sent an open letter to all federal departments that regulate radio communications imploring them to delay the full rollout of 5G cellular services while they expedite codifying a comprehensive set of mitigations against potential avionics interference. The letter, signed by virtually all aviation groups, says the industry isn’t ready for the planned July 2023 end of restrictions on 5G transmitters and stakeholders and the flying public will bear the brunt of disruptions that occur if action isn’t taken now. “Our aviation coalition strongly believes that instead of once again waiting until the eleventh hour, now is the time for the leadership at federal agencies and the White House to implement a solution that allows 5G to move forward and avoid further flight delays and cancellations,” the letter reads.

AT&T and Verizon have agreed to restrict 5G operations near airports until July of 2023 to allow the retrofit or replacement of radar altimeters that can be affected by the C-Band radio signals emitted by the towers. But the letter says supply chain issues and slow regulatory guidance will make it impossible to meet that deadline. And even if the big telecoms agreed to extend the restrictions there are about 20 smaller companies that plan to get into the 5G business in the next year and they won’t be obligated to modify their operations near airports. The FAA has already warned of the potential for widespread flight disruptions if the mitigation measures aren’t put in place. “The entire government must work together to ensure future 5G deployment is unencumbered and our aviation system remains the safest in the world,” said the letter.