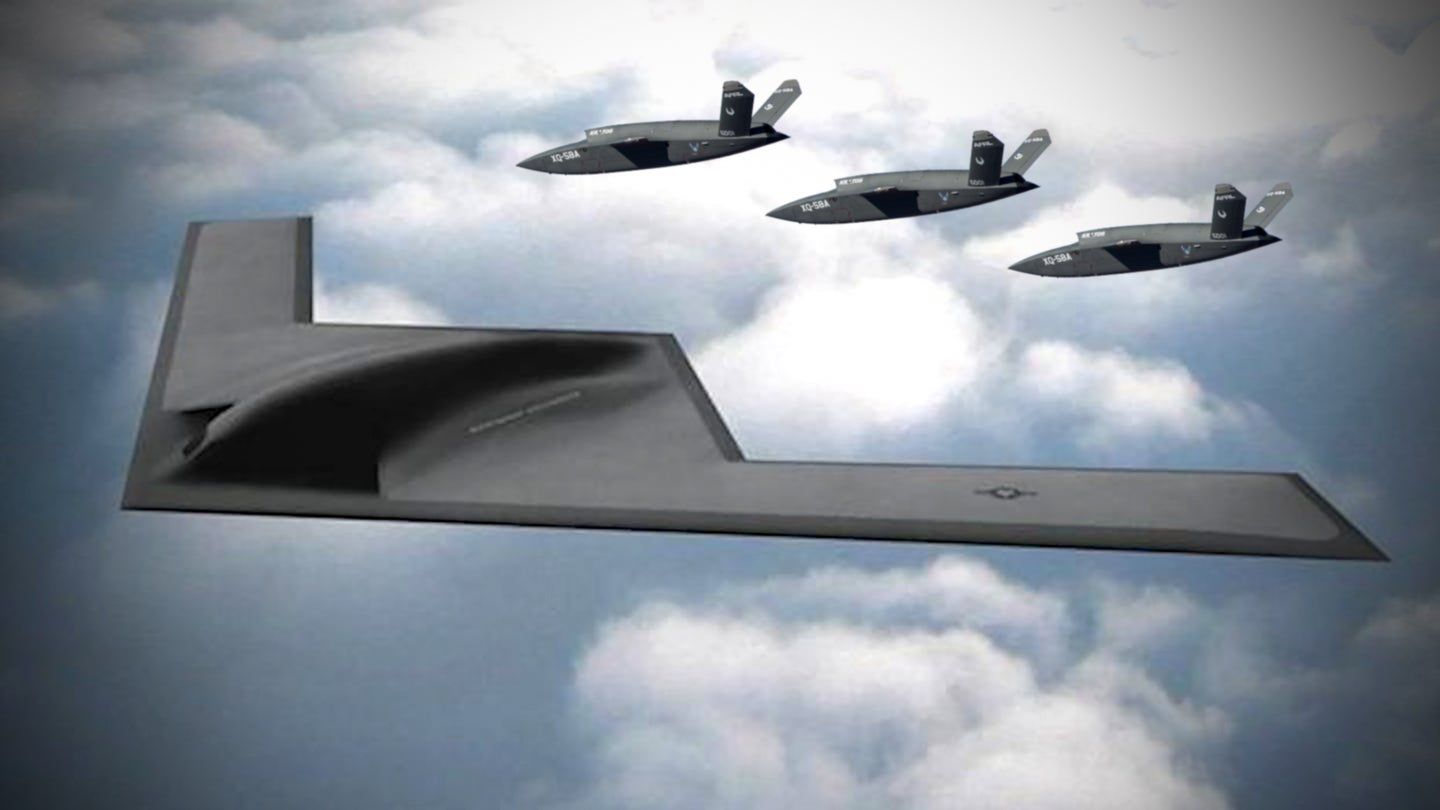 As the U.S.’s traditional adversaries flex their territorial muscles, there are more public announcements about new secret programs and the analysts at Forbes believe a drone-carrying B-21 stealthbomber is a possibility. At a recent defense forum, Air Force Secretary Frank Kendall fessed up that two new development programs will show up in the next budget, both combat drones. “They’re both unmanned air combat vehicles, unmanned platforms that are designed to work in conjunction with fighter aircraft like [the Next Generation Air Dominance fighter] or F-22 or the F-35,” said Kendall. And in a significant addition, he noted, “On the other hand they work in conjunction with bombers like the B-21.”

According to Forbes, publicly acknowledging new secret programs makes it easier to get them built and while the concept of using drones to help out manned fighters is well established, Forbes says the compatibility with the B-21 is new. Forbes says that to work with the B-21, the new drones will have to be as stealthy and will likely ride to the target area in the mothership, given the distances the bomber will cover. There are apparently a host of flight-ready candidates to be the B-21’s carry-on support drone.