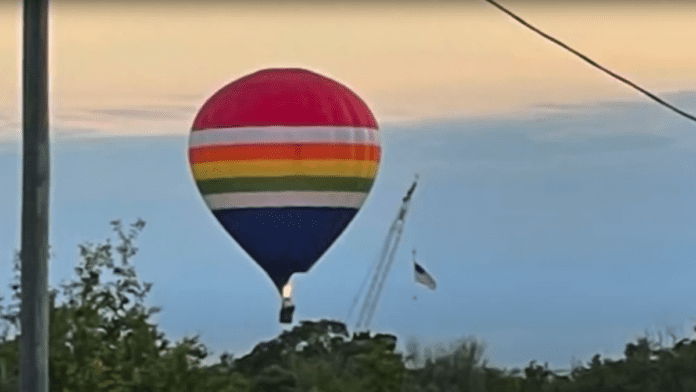 The NTSB has issued a preliminary report on a collision between a hot air balloon and a freight train that seriously injured the balloon pilot and two passengers on June 5. The Cameron Z-90 balloon landed beside the tracks and its deflating envelope got caught on a car on a freight train near Burlington, Wisconsin. “The conductor on a Canadian National freight train reported that the train was traveling northbound when the balloon ran into the train,” the report said. “The conductor immediately put the train into emergency stop. Neither the conductor nor the engineer were injured.”

The pilot told the NTSB he was trying to land on a road just east of the tracks but overshot and ended up on a grass strip between the road and the train. “The balloon envelope caught on one of the cars, 15 cars back from the engine, and the balloon was pulled off the ground,” the report said. “The envelope then ripped away from the basket and ascended about 200 ft into the air.” The occupants fell out of the basked, which ended up inverted beside the tracks.