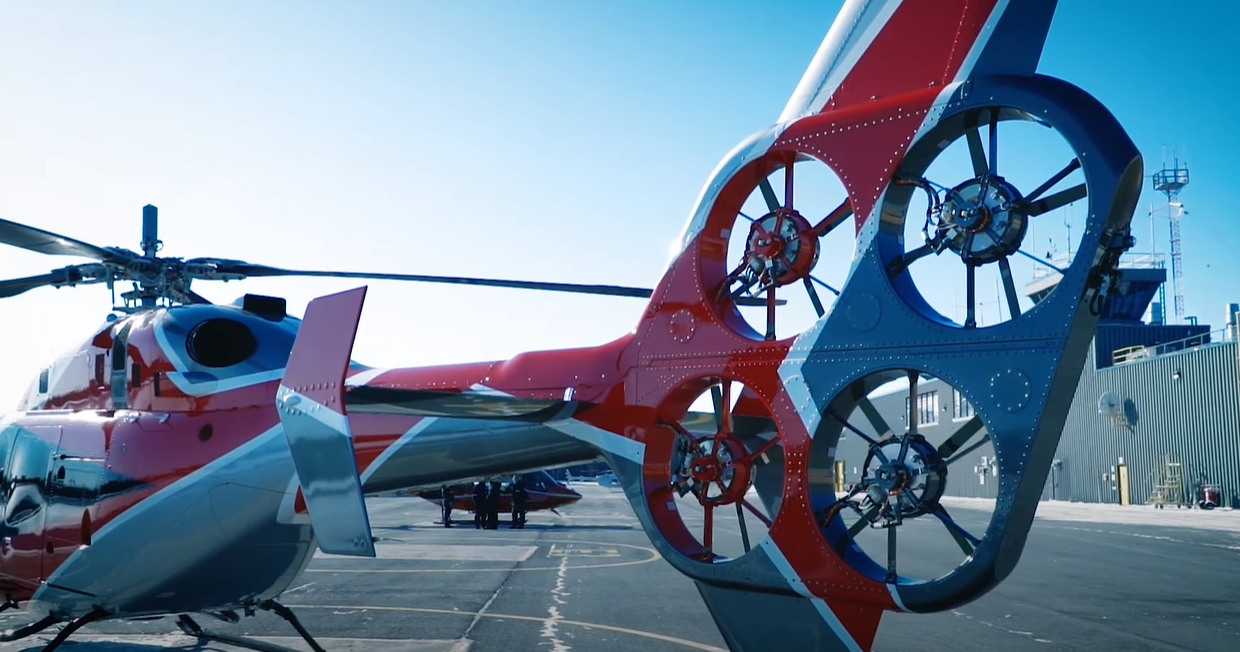 Introduced in February, Bell Textron’s development of electric motors to replace the conventional anti-torque tail rotor continues with a showcase of the technology at Aéro-Montreal’s 2020 Innovation Forum today. “Each of the rotors contains four blades which are powered by four separate motors with the electrical energy provided through generators driven by turbine engines, effectively reducing noise and offering lower operational and maintenance costs compared to an aircraft with a conventional tail rotor,” the company says.

Bell’s Program Director for Light Aircraft, Eric Sinusas, says that the technology “has potential to potentially replace them [traditional tail rotors]. There are benefits to the system that the conventional system just does not have innately.”

Bell’s prototype drives the four motors by dedicated generators on the 429’s Pratt & Whitney turbines, and continues its flight testing in Canada. No target for certification or commercial applications have been announced. The company says it is “dedicated to incorporating greener technologies, including electric and hybrid-electric capabilities, to meet the expanding needs of customers and will continue to gather data to further measure the EDAT’s full potential and viable application to future commercial platforms.”