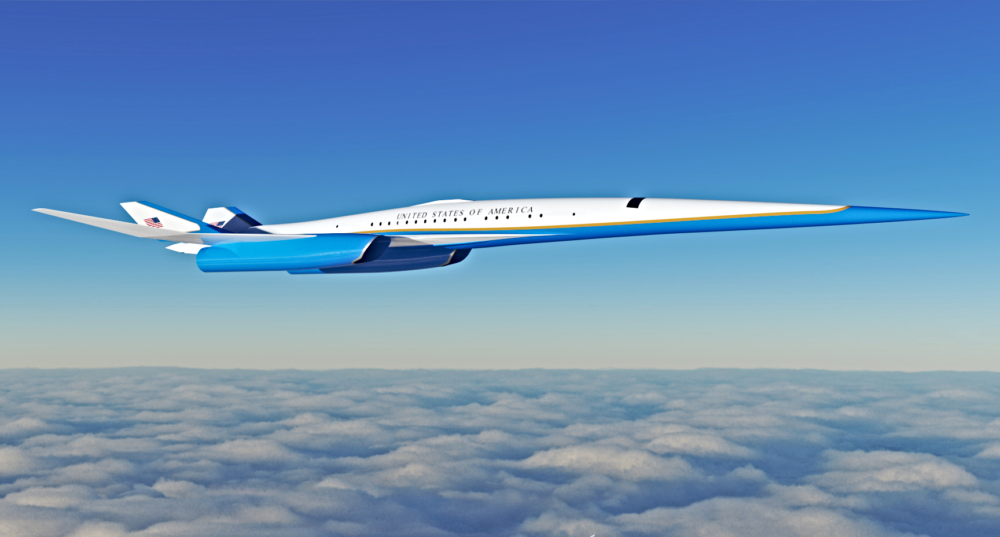 President Joe Biden might need a refresher in high school physics but his heart seems to be in the right place when it comes to advancing aviation technology. As part of the pitch on his $2.3 trillion infrastructure proposal, Biden mused about harnessing the country’s R&D capabilities and develop, among other things, hypersonic passenger airliners capable of flying 21,000 MPH, which is practically impossible in the atmosphere. At any rate, the comments indicated general support for supersonic travel as part of a pep talk to stoke national pride.

“I tell the kids, the young people who work for me, tell my kids when I go on college campuses: they’re going to see more change in the next 10 years than we’ve seen in the last 50 years,” the president said. “We’re going to talk about commercial aircraft flying at … supersonic speeds.” It might have had an element of enlightened self-interest, too. The Air Force is pursuing a proposal to create a supersonic Air Force One. Civilian supersonic flight over land is currently illegal in the U.S. but companies developing new supersonic designs are pushing the FAA to allow testing of new technologies that will prevent the shock wave and its boom from reaching the ground.