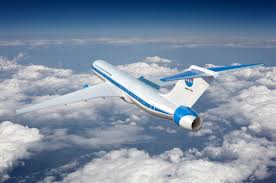 Bills have been introduced in the House and Senate that would authorize $850 million for NASA over the next five years to promote development of technologies to reduce noise and emissions from airliners. The Cleaner, Quieter Airplanes Act would fund “ongoing work to develop and demonstrate new technologies, including systems architecture, components, or integration of systems and airframe structures” with the goal of cutting both noise and greenhouse gas emissions in half by 2030 for regional aircraft and 2040 for aircraft seating more than 125 people. The Senate bill was introduced Dec. 19 by Sen. Ben Cardin of Maryland and in the House by Rep. Tom Beyer, D-Va., after that.

Although the mandate sounds broad, it’s really a push toward electric technology for larger airframes but it will start with smaller platforms. The bill tells the FAA to get going on setting certification standards for the new technologies and to learn from “the certification and operation of small aircraft using electric propulsion in order to inform subsequent standards for larger aircraft.” The bills want results, including test flights of a new design for an electric regional, by 2025. The bill has been sent to committees for analysis and has to get through them to be considered by both chambers, which is considered a long shot.