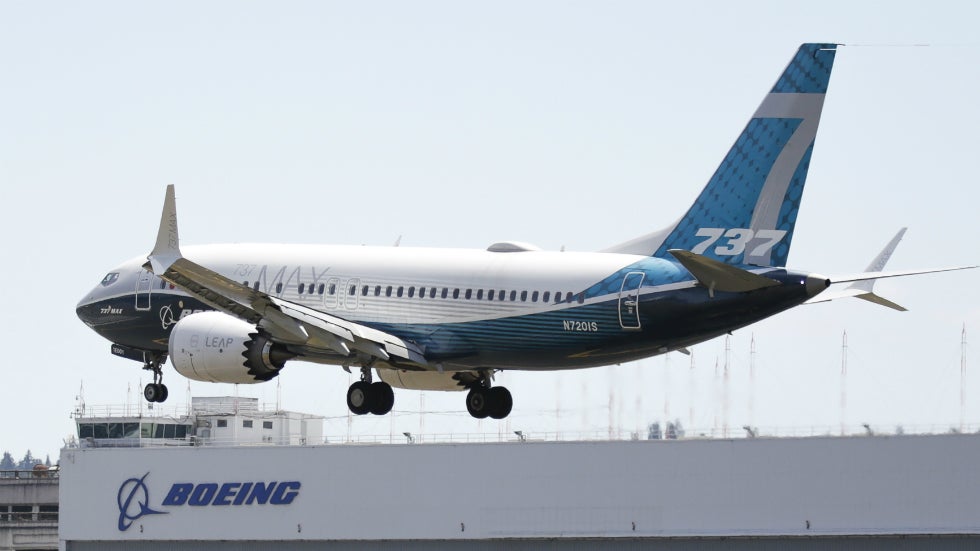 The U.S. Department of Justice announced today that Boeing has agreed to a $2.5 billion settlement in criminal charges relating to a “conspiracy to defraud” the FAA during the 737 MAX’s certification process, with more than half of that amount going to reimburse airline customers for loss of service as a result of the airliner’s more than 20-month grounding. According to the DOJ, “Under the terms of the DPA, Boeing will pay a total criminal monetary amount of over $2.5 billion, composed of a criminal monetary penalty of $243.6 million, compensation payments to Boeing’s 737 MAX airline customers of $1.77 billion, and the establishment of a $500 million crash-victim beneficiaries fund to compensate the heirs, relatives, and legal beneficiaries of the 346 passengers who died in the Boeing 737 MAX crashes of Lion Air Flight 610 and Ethiopian Airlines Flight 302.”

“The tragic crashes of Lion Air Flight 610 and Ethiopian Airlines Flight 302 exposed fraudulent and deceptive conduct by employees of one of the world’s leading commercial airplane manufacturers,” said Acting Assistant Attorney General David P. Burns of the Justice Department’s Criminal Division. “Boeing’s employees chose the path of profit over candor by concealing material information from the FAA concerning the operation of its 737 Max airplane and engaging in an effort to cover up their deception. This resolution holds Boeing accountable for its employees’ criminal misconduct, addresses the financial impact to Boeing’s airline customers, and hopefully provides some measure of compensation to the crash-victims’ families and beneficiaries.”

At the core of the charges by the DOJ, Boeing is accused of and “admitted in court documents” that two of its certification pilots “deceived the FAA … about an important aircraft part called the Maneuvering Characteristics Augmentation System (MCAS) that impacted the flight control system of the Boeing 737 MAX. Because of their deception, a key document published by the FAA AEG lacked information about MCAS, and in turn, airplane manuals and pilot-training materials for U.S.-based airlines lacked information about MCAS.”

“The misleading statements, half-truths, and omissions communicated by Boeing employees to the FAA impeded the government’s ability to ensure the safety of the flying public,” said U.S. Attorney Erin Nealy Cox for the Northern District of Texas. “This case sends a clear message: The Department of Justice will hold manufacturers like Boeing accountable for defrauding regulators—especially in industries where the stakes are this high.”

David L. Calhoun, Boeing President and Chief Executive Officer, said in a note to employees: “I firmly believe that entering into this resolution is the right thing for us to do—a step that appropriately acknowledges how we fell short of our values and expectations. This resolution is a serious reminder to all of us of how critical our obligation of transparency to regulators is, and the consequences that our company can face if any one of us falls short of those expectations.”

The DOJ noted that Boeing has taken “remedial” steps to prevent such an occurrence in the future, including reorganizing its engineering and development departments as well as changing reporting lines to go through engineering and not though the business units. Boeing also created a new Product and Services Safety organization to “strengthen and centralize the safety-related functions that were previously located across Boeing.”

The news comes as airlines have begun flying the MAX again, albeit in limited rotation, as the U.S. continues to reel from COVID-19-related falloff in travel. Most domestic airlines are expecting to return their MAX fleets to service over the next one to two quarters, noting that preparing parked airplanes and training pilots will take some time.