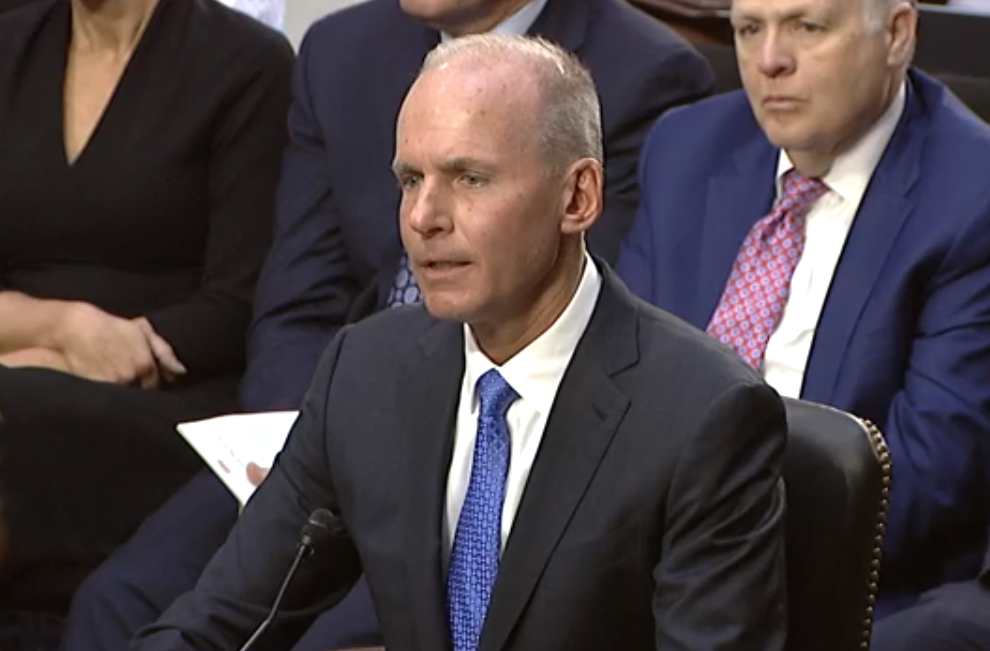 Dennis Muilenburg, embattled Boeing CEO who earlier this year was stripped of his place on the company’s board of directors, has stepped down. Muilenburg has faced withering criticism for the way he and Boeing handled the 737 MAX crisis.

Boeing said today that David Calhoun, current chair of Boeing’s board, will take over as CEO on Jan. 13, with current CFO Greg Smith acting as interim CEO. Calhoun will remain a member of the board. Lawrence Kellner will step up to become non-executive chairman of the board.

In a statement, Boeing said, “The Board of Directors decided that a change in leadership was necessary to restore confidence in the Company moving forward as it works to repair relationships with regulators, customers, and all other stakeholders. Under the Company’s new leadership, Boeing will operate with a renewed commitment to full transparency, including effective and proactive communication with the FAA, other global regulators and its customers.”

“On behalf of the entire Board of Directors, I am pleased that Dave [Calhoun] has agreed to lead Boeing at this critical juncture,” Mr. Kellner said. “Dave has deep industry experience and a proven track record of strong leadership, and he recognizes the challenges we must confront. The Board and I look forward to working with him and the rest of the Boeing team to ensure that today marks a new way forward for our company.”

For his part, Calhoun said in a statement that “I strongly believe in the future of Boeing and the 737 MAX. I am honored to lead this great company and the 150,000 dedicated employees who are working hard to create the future of aviation.”

Muilenburg’s situation has become seemingly less tenable over the last few weeks as the FAA has pushed back on Boeing’s public and private efforts to move the MAX toward airworthiness, a move that likely had a big influence on the company’s decision to halt MAX production last week. Muilenburg was brutally grilled by two congressional committees this year on the MAX debacle, with several calls for him to either work for free or step down immediately. What’s more, last week the company had a very public glitch with the Starliner spacecraft, which was unable to complete its intended docking mission with the International Space Station.