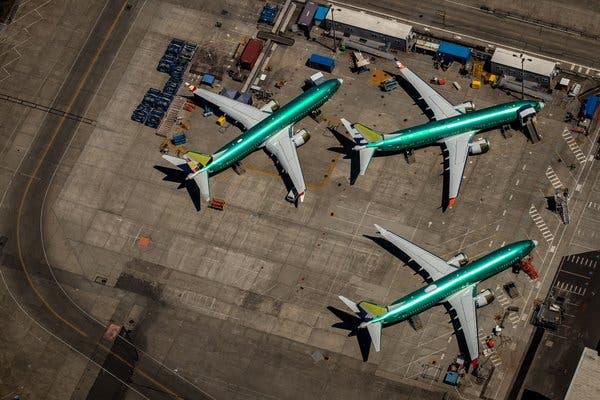 As Boeing continues to suffer from the fallout of the 737 MAX accident and certification fiasco, it said Wednesday that it’s considering halting MAX production, at least temporarily. The grounding of the MAX fleet has sent economic ripples through the entire airline industry and with no firm date for the airplane’s return to service, no relief is in sight.

Airlines are reporting lost revenues and delays due to the MAX grounding as thousands of flights have been canceled or delayed due to lack of equipment. A host of companies from engine makers like General Electric to suppliers of hardware and avionics are also being impacted. According to The New York Times, the production halt would nick the country’s gross domestic product growth by about 0.6 percent, a significant hit.

Boeing has already slowed production of the MAX series to 42 from 52 in April and it has in ramp storage more than $30 billion worth of aircraft at its Seattle factory. The company says it still has a healthy backlog of orders, but it can’t deliver any aircraft until the FAA has signed off on changes made to the MAX certification.

More than 350 MAX jets remain grounded following two fatal crashes—one in Ethiopia and one in Indonesia—that killed 346 people. Although final reports on those crashes haven’t been released, the MAX’s MCAS stability enhancement system has been implicated.