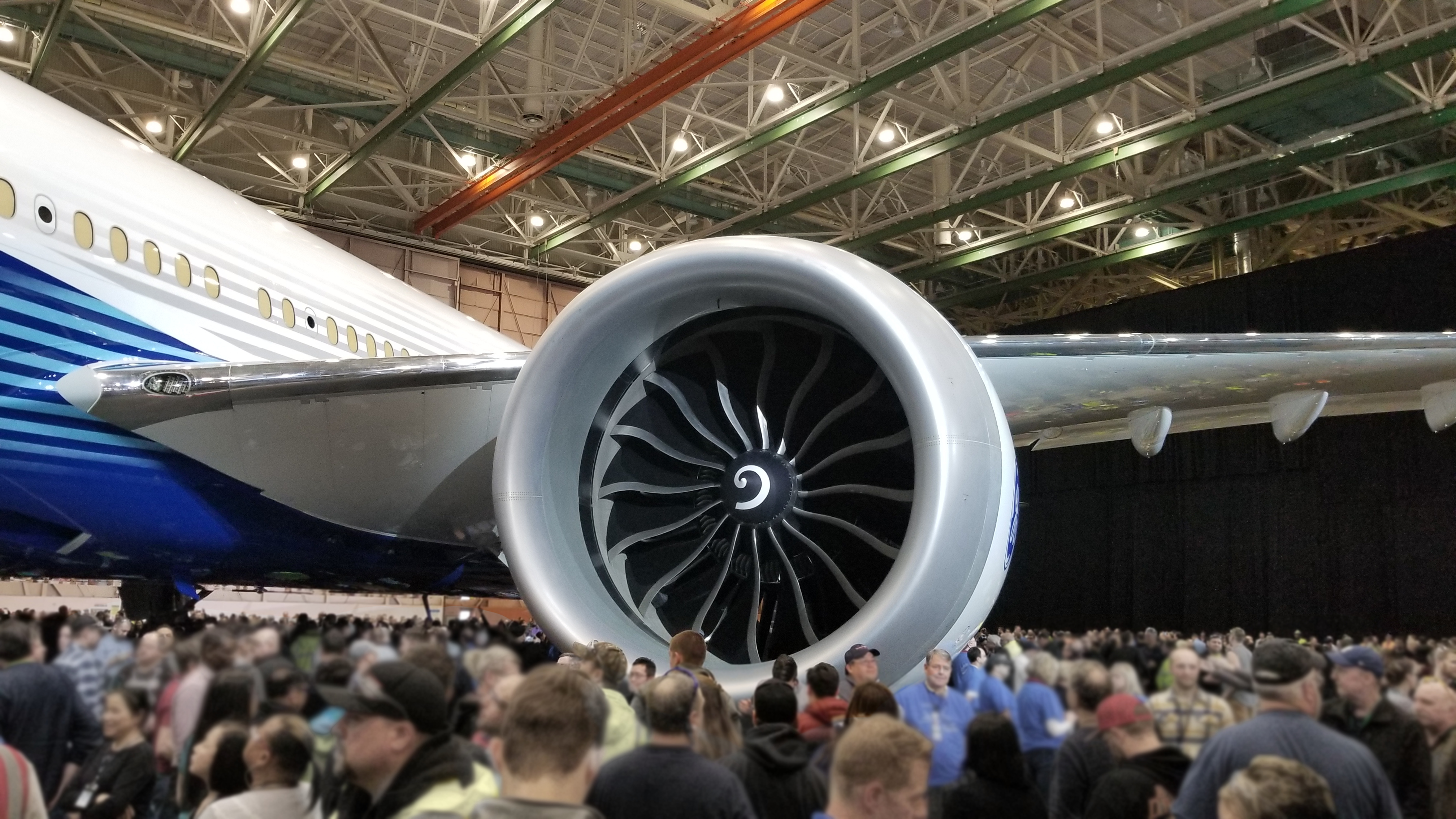 The long-awaited first flight of Boeing’s 777X will be delayed further thanks to problems with the aircraft’s GE9X engines. A pair of the engines were installed on the airframe and started on May 29, but during the test, “an engine gave us a signal about its health. We had an anomaly in the compressor and we halted the run,” GE’s Ted Ingling told Aviation Week in an interview.

The issue was with the engine’s 11-stage high-pressure compressor section, but has nothing to do with overall performance.  “It is not an aerodynamic issue whatsoever,” Ingling told AVweek. The 777-9, which incorporates technology from the 787 and offers greater cabin width and seating capacity, was scheduled to start its flight test regime earlier this year. But launch customer Emirates Airlines reports that the first flight has been pushed back until at least June 26. GE and Boeing agreed that the engines will be modified before attempting the first flight.

GE says the GE9X engine is the most efficient turbofan it has ever produced, with a 10 percent lower fuel burn over the GE90-115B that powers the 777-300ER. The engine has the largest diameter fan section GE has ever attempted, but with only 16 4th-generation composite blades. It has an overall engine pressure ratio of 60 to 1, the highest of any engine yet produced, according to GE.