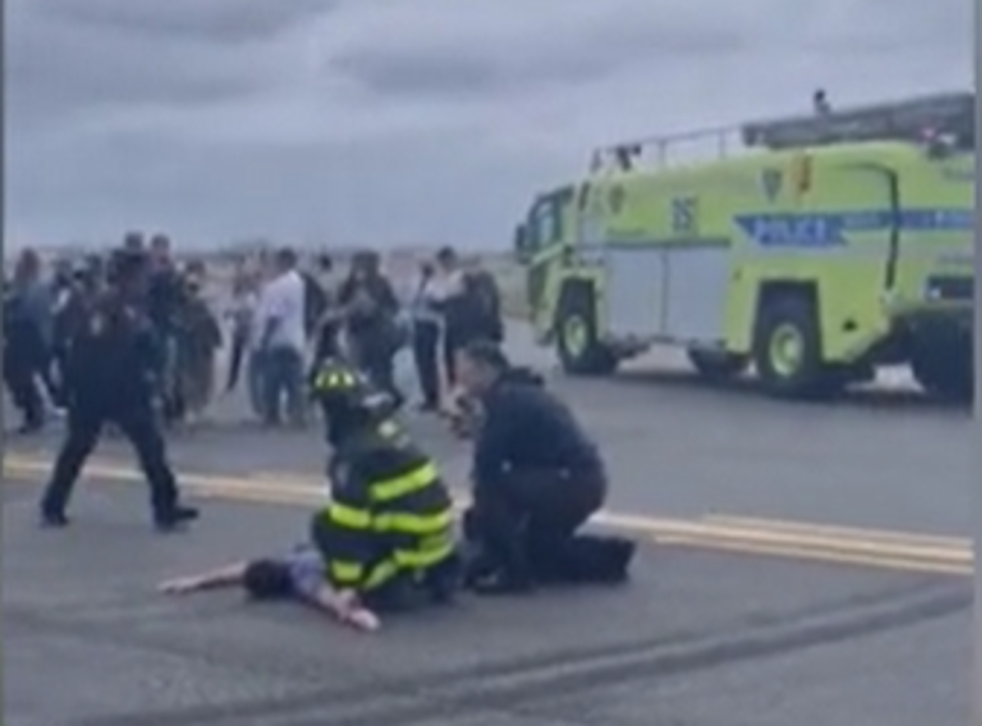 The man at the center of the emergency taxiway evacuation of an American Eagle flight at La Guardia on Saturday was a vintage camera buff whose in-flight preoccupation with his hobby was misinterpreted by a seatmate. The unidentified passenger spent part of the flight looking at websites and watching videos about old cameras and a woman sitting near him thought he was looking at bomb-making sites. When he pulled a camera from his carry-on and started changing the settings on it, she reported him to a flight attendant.

The flight crew declared an emergency and ordered the aircraft evacuated on a taxiway as soon as they’d cleared the runway. After he’d gone down the slide with his fellow passengers, the camera buff was tackled face first to the asphalt by two firefighters. He was arrested and taken into custody and the real story emerged to authorities. After a couple of hours of talking with local police and federal agents, he was free to go. “The JTTF [Joint Terrorism Task Force], the FBI and the Port Authority Police Department determined that there was no criminality on the part of the passenger and he was released,” Port Authority spokesman Tom Topousis said.