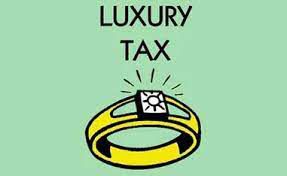 Canada has now formalized its intent to impose a “luxury tax” on new “personal” aircraft and it will be tacked on to virtually every factory-fresh plane sold in the country, assuming it’s enacted. The Justin Trudeau Liberal government included the tax in its budget tabled earlier this week and as written will add tens of thousands of dollars to the cost of even the most basic general aviation aircraft. The government has set the luxury limit for aircraft at $100,000 CAD and there are few new aircraft available at that price, which is currently about $80,000 USD. It is calculated at the lesser of 10 percent of the full value of an aircraft or 20 percent of the value more than $100,000. For a $600,000 CAD Cessna 172, that would be $60,000 plus up to $7,800 in federal and provincial sales and value-added taxes.

Canadian aviation groups have lined up against the tax, saying the luxury threshold is far too low and the application of the tax is muddy. The government is exempting passenger aircraft with 40 seats or more and smaller aircraft used commercially. That, says the Canadian Business Aviation Association, is at odds with the country’s tax laws, which don’t distinguish commercial and personal aircraft based on size. There is also confusion on whether imported used aircraft will be taxed as new. The government has promised more details on the implementation of the tax before it becomes law.