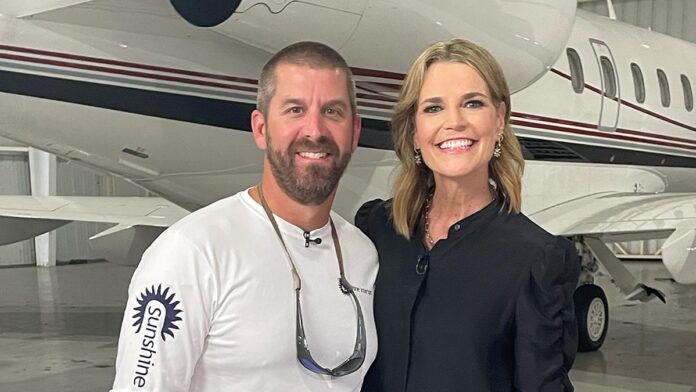 The untrained passenger who landed a Cessna Caravan at Palm Beach Airport last week has broken his silence and will appear on the Today Show Monday to tell the story from his perspective. Darren Harrison’s phone has been blowing up with media requests for interviews (AVweb included) since he planted the Caravan on the runway at Palm Beach last Tuesday after the pilot collapsed at the controls. Harrison picked NBC’s flagship morning show and was interviewed by Savannah Guthrie in a hangar. The promo clip released on Sunday deals with the Lakeland, Florida, flooring store owner’s calm demeanor in facing a nearly impossible situation.

Harrison, 39, who was one of two passengers on the Caravan on a flight from the Bahamas, said there was no time to panic and he just buckled down to the task at hand. “Either you do what you have to do to control the situation or you’re going to die, and that’s what I did,” he told Guthrie. With help from Robert Morgan, a controller who is also a flight instructor (who gave numerous interviews), Harrison was able to find the airport, set up for landing and make an unremarkable looking three-pointer at Palm Beach. It was such a non-event that the forums were immediately filled with comments questioning the circumstances and Harrison’s apparent lack of flying credentials. But it appears his only connection to aviation is the fact that his flooring and blind store is across Drane Field Road from Lakeland Linder Airport.