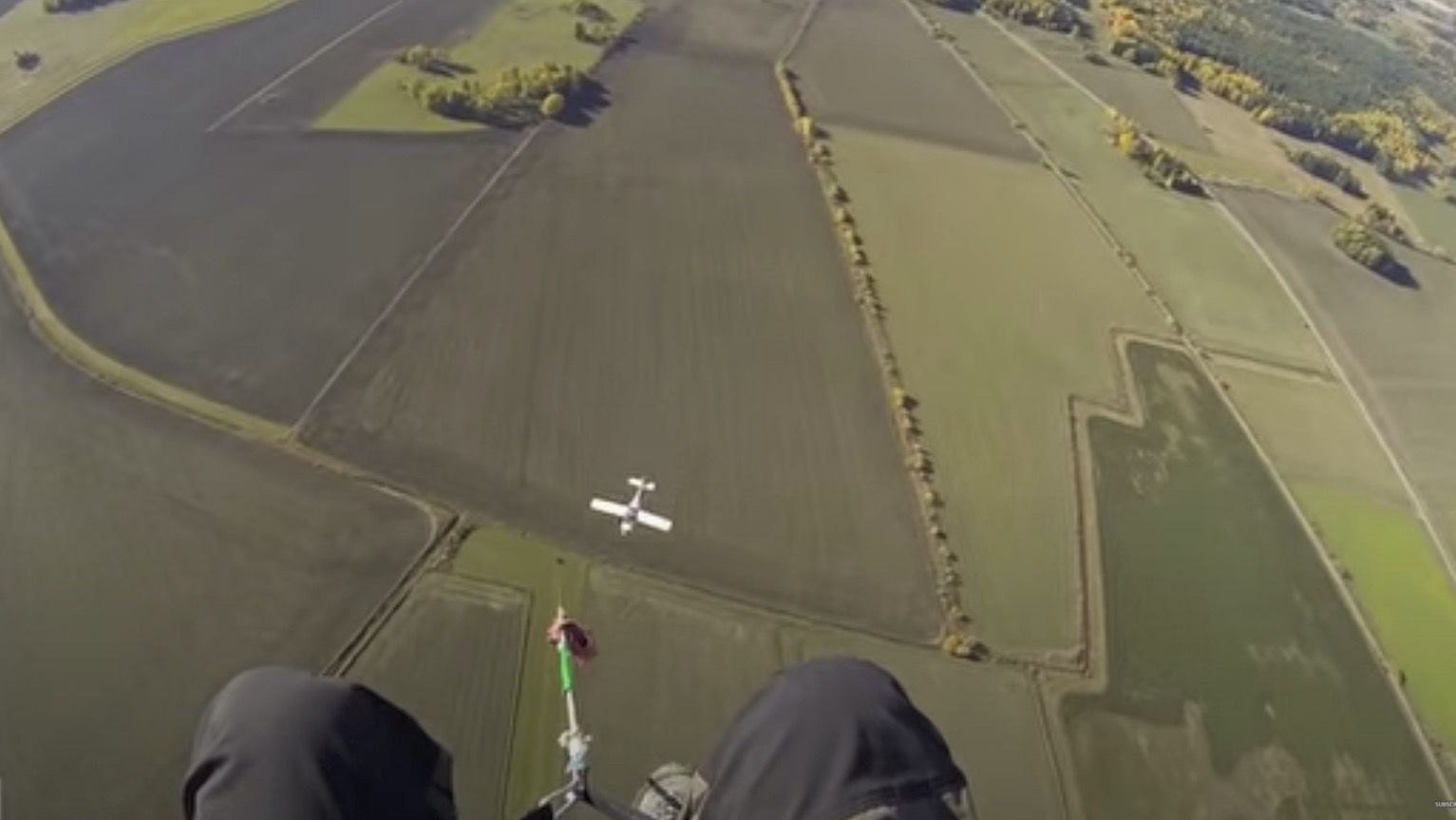 The recent double-fatal collision between a cargo-carrying Cessna Caravan and a powered parachute in Class Echo airspace has generated a lot of interest in the dangers posed by such unconventional aircraft when flying at altitudes where pilots of more conventional aircraft might not expect to see them. The controversy pulls between the freedom to fly in such less-restricted airspace versus the danger implicit in low-profile, slow-moving aircraft at cruising altitudes without a requirement for transponders, ADS-B or even flashing beacons. The attached videos tell two stories with happy endings, but might still cause some cold-sweat reactions among pilots of light aircraft—or at least a resolve to be alert for just about anything, anywhere.

The first TikTok video depicts the pilot of a single-seat powered parachute cavorting happily among scattered-to-broken cloud tops at around 5,000 feet. Most licensed VFR pilots of conventional aircraft would be uncomfortable being that close to clouds, and likely make every effort to escape a scenario where another unseen aircraft on an instrument flight plan could pop up from the cloud deck without warning. Watch it here.

The second video from Sweden, recorded in 2013, shows an actual spine-chilling close call for the pilot of a winch-launched paraglider. As he dangles beneath his canopy still tethered to his tow line, a fixed-wing aircraft, later identified as a Saab MFI 15, passes below him and misses hitting the towline by an estimated 1 to 3 meters. Watch it here.

The Swedish Accident Investigation Authority reported: “An aircraft of the model SAAB MFI 15 took off from Sundbro, Uppsala, for a VFR flight to Johannisberg, Västerås. Shortly thereafter began winching of a paraglider from Härkeberga, located along the aircraft’s route. At the final stage of the winching, at about 350 meters altitude, the paraglider pilot saw an airplane coming straight at him at a slightly lower altitude. The aircraft passed below the paraglider a few seconds later without colliding. The height difference was estimated by the paraglider pilot to about 50 feet and the distance to the line was 1 to 3 meters. The pilot of the aircraft never perceived the event.

“The map data that the pilot used—and which is the most widely used in general aviation—had no special marking of the paragliding activities at Härkeberga. Neither the paraglider nor the aircraft flew at altitudes implying contact with controlled airspace …”