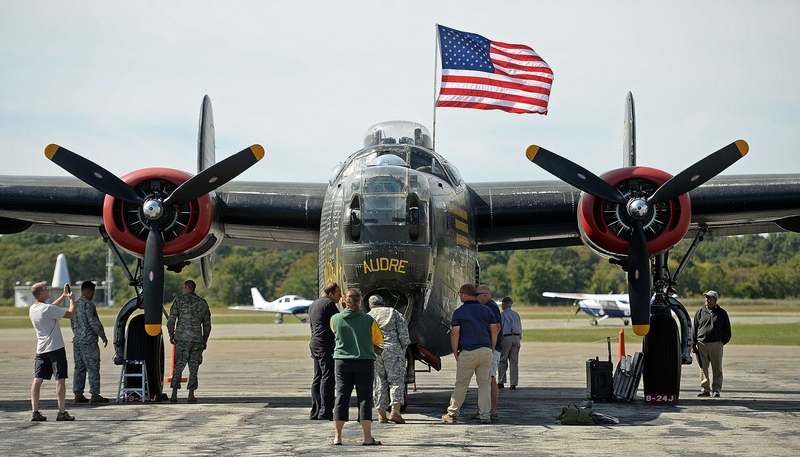 The Collings Foundation is hopeful it will be able to resume passenger flights on its historic aircraft after the FAA finishes a review of its operations. The Collings B-17 Nine-Oh-Nine crashed at Bradley International Airport in Hartford, Connecticut, in October, killing seven and injuring another seven, including one person on the ground. It canceled the remainder of its Wings of Freedom 2019 tour. The crash occurred just as the foundation was submitting its application for the FAA exemption that allows it to carry passengers and the group announced on Friday that it had reached an agreement with the FAA on the future of its passenger flights.

“We have agreed to a temporary stand down with our LHFE flights (Living History Flight Experience) as we work with the FAA thoroughly addressing questions regarding operations,” the organization said in a statement. “We hope to have this resolved soon.” The exemption is required because the warbirds don’t meet current safety standards for flying paying passengers. The foundation charges between $425 and $3,400 for flights in its aircraft and it’s the cornerstone of its ongoing fundraising efforts. The group is launching its 2020 tour but conducting ground tours only at $5 apiece until the exemption is granted. Meanwhile, it has started work on restoration of another B-17 acquired in 2015 from the Evergreen Aviation Museum in Oregon.